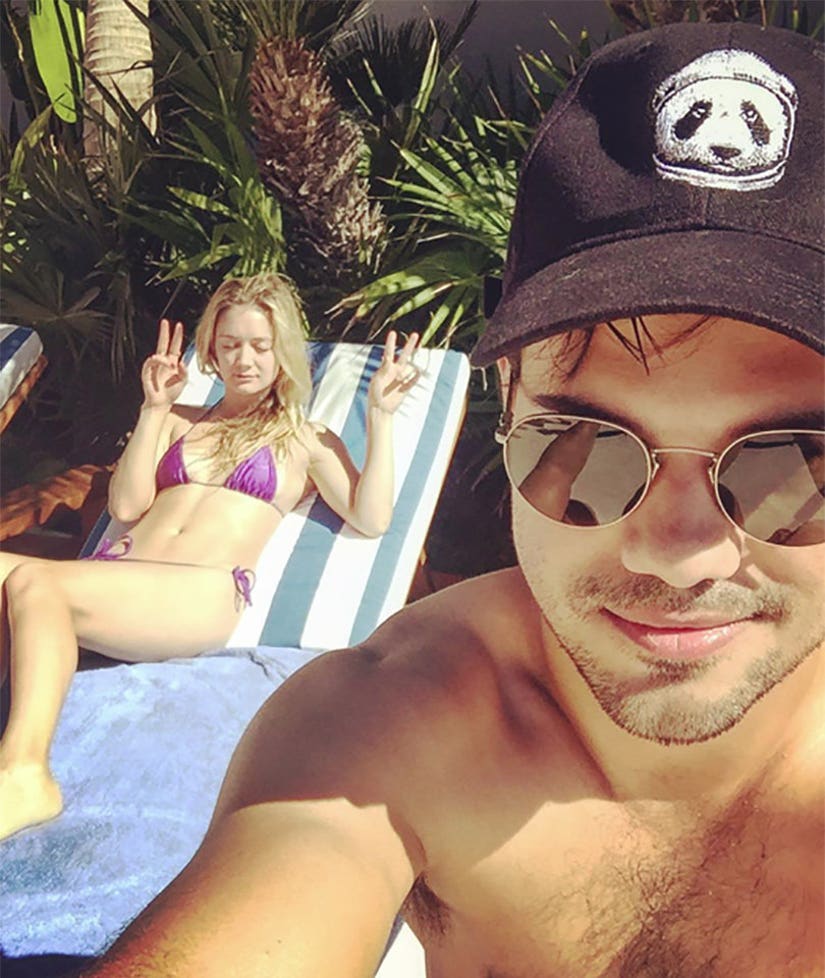 The "Scream Queens" co-stars shared a poolside photo together on Friday afternoon to Lautner's Instagram page, showing a bikini-clad Lourd reclining on a deckchair while throwing up two peace symbols. Taylor is spotted in the foreground, sporting a panda hat.

The duo have been spending a lot of time together since appearing on the FOX series together last year. Just two weeks ago, the "Twilight" star praised Billie as "one of the strongest, most fearless individuals I've ever met" on his Instagram page. "Absolutely beautiful inside and out," he continued, "I'm lucky to you know you."

Lourd is still mourning the loss of her mother and grandmother, Debbie Reynolds, who both passed away just after Christmas.

Just yesterday, Thursday, the 24-year-old actress posted a tribute to the late "Star Wars" star on her social media accounts.

She also thanked fans for their support alongside another photo with Fisher and Reynolds last week.

"Receiving all of your prayers and kind words over the past week has given me strength during a time I thought strength could not exist," she said at the time. "There are no words to express how much I will miss my Abadaba and my one and only Momby. Your love and support means the world to me."