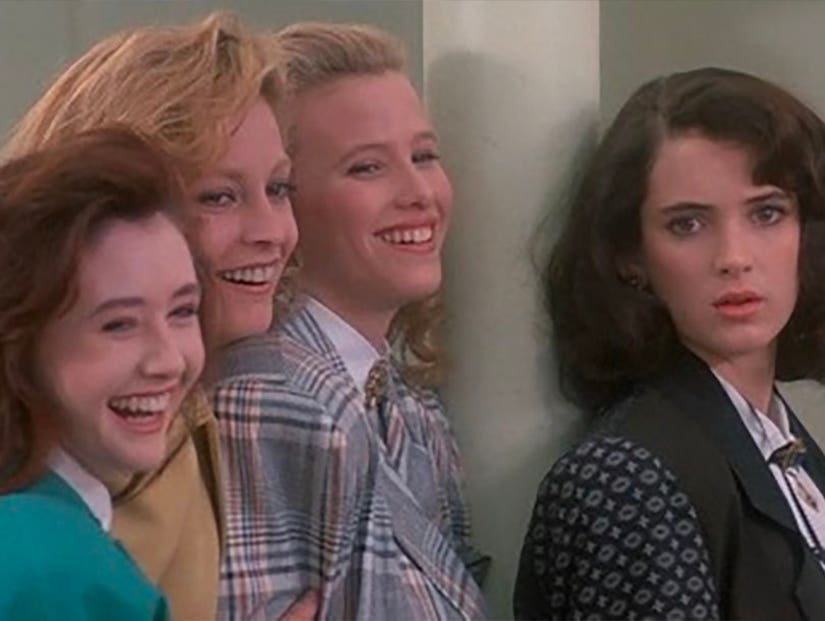 "Heathers" the series is officially a go!

TV Land officially picked up the TV adaptation based on the '80s cult film of the same name, the network announced at the Television Critics Association press day on Friday.

The brand-new series will premiere with a 10-episode season in the fall. Actress Grace Victoria Cox will play protagonist Veronica Sawyer in the new adaptation, and also stars Melanie Field as Heather Chandler, Brendan Scannell as Heather Duke, Jasmine Mathews as Heather McNamara, and James Scully as J.D.

See a first look at the series (below) and continue reading for more story.

In November Shannen Doherty, one of the film's original characters, posted a photo captioned "Sneak peek from the #Heathers set..... jealous much?"

She will portray a "pivotal, unnamed character" in the series, which will be set in the present day.

See the photo (below) and continue for more story.

The show's new Veronica will be up against "a very different but equally vicious group of Heathers," including the male Heather Duke character (played by Brendan Scannell) who reportedly identifies as gender-queer.

TV Land's "Heathers" is being described as a "pitch-black comedy" and will be directed by Leslye Headland.