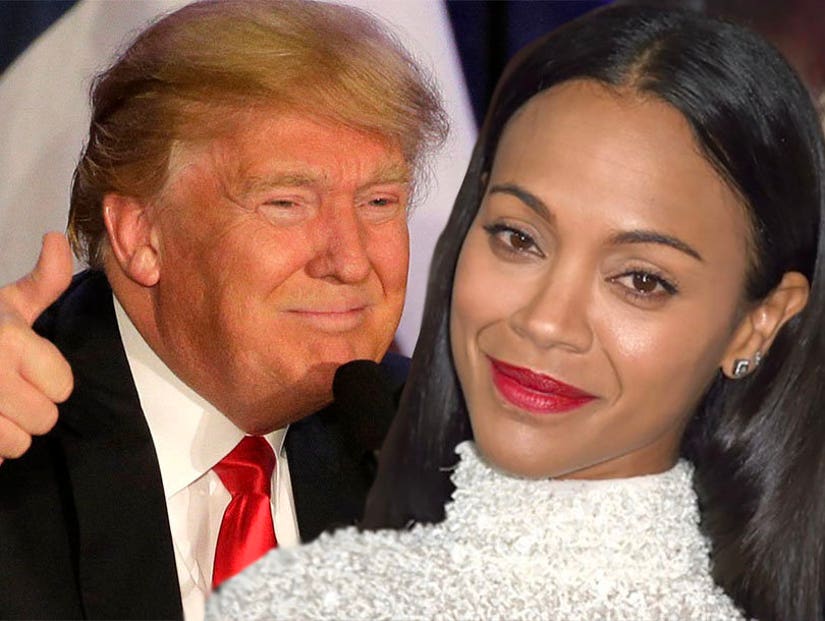 Zoe Saldana has spoken out against Hollywood for "bullying" Donald Trump.

Saldana is not a supporter of the president-elect, but believes that celebrity insults hurled at "The Apprentice" star-turned-politician discouraged much of middle America.

"We got cocky and became arrogant and we also became bullies," Saldana told AFP about the backlash against Trump. "We were trying to single out a man for all these things he was doing wrong and that created empathy in a big group of people in America that felt bad for him and that are believing in his promises."

"I'm learning from [Trump's victory] with a lot of humility. If we have people continue to be strong and educate ourselves and stand by equal rights and treat everyone with respect, we won't go back to those times," she added, referencing the Klan.

Last night's #GoldenGlobes were inspiring. #MerylStreep you are made of gold. Thank you for your message last night.