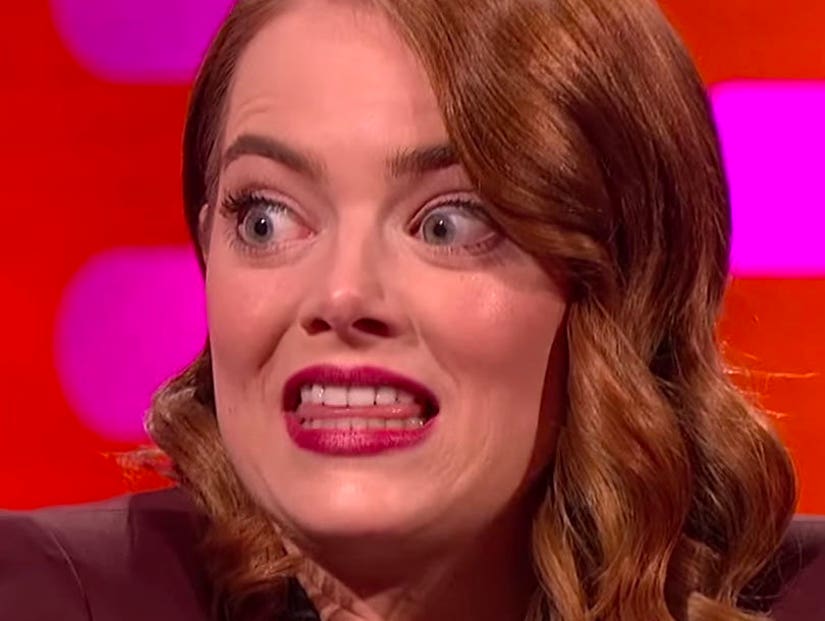 Guess who didn't have the time of her life filming the very "Dirty Dancing-esque" scene from "Crazy, Stupid Love" alongside heartthrob Ryan Gosling? Yep. Emma Stone.

"When we do 'Crazy, Stupid, Love' I know that we're gonna do the 'Dirty Dancing' lift. I don't know, however, that I have an internalized phobia of being lifted over someone's head at the height of about 6 feet," Emma said. "It was a lot. And then it was a meltdown. I mean, I had a real meltdown. I had to go lie down."

Emma detailed the debacle to Graham Norton and confessed that during rehearsal she realized she had major fear of being dropped. Stone said that as a child she had suffered two broken arms after an accident with a gymnastics teacher.

Smiling at the memory, Gosling joked: "I never had this happen, but I imagine if a possum fell out of a tree and tried to scratch your eyes out, it would be something similar."

Ryan said that Emma's cure for the meltdown was 1986 film "Labyrinth," starring the late David Bowie.

Laughing, Emma admitted that inevitably a body double was hired because she couldn't go through with the lift.