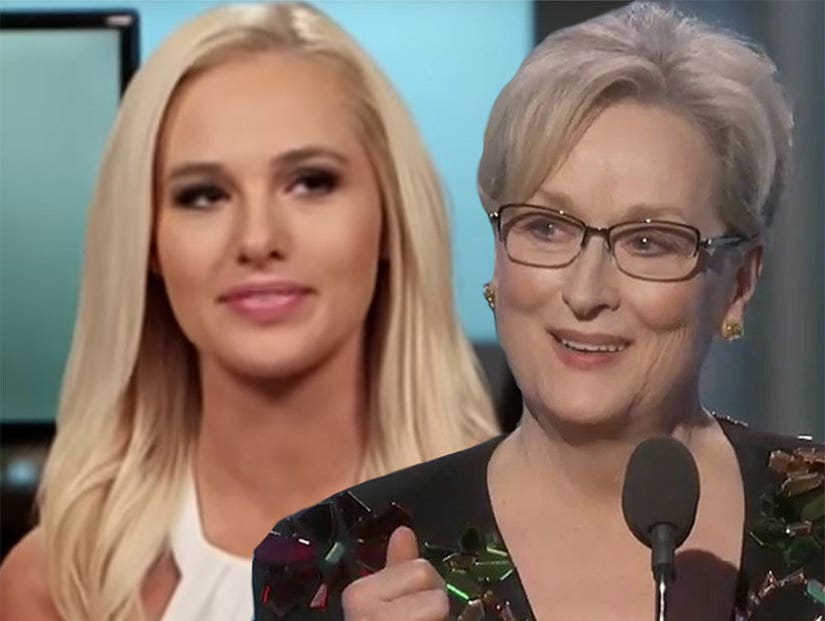 Lahren and Watters also took the opportunity to take a swipe at Meryl Streep's politically charged Golden Globes speech and mocked the award-winning actress for living in a bubble.

"As soon as the media and the Democrats that own the media and participate in the media accept that [Donald Trump is the next President], I think maybe they have a chance to reclaim whatever dignity they once had, but until then I think that they're on a downward spiral," the "Tomi" host said. "It's fun to watch," she added.

Watters joked that if CNN wanted Trump to answer reporter Jim Acosta's questions during last week's press conference, "they should have just leaked it like they did with Hillary Clinton during those other debates."

"I don't know how CNN comes back from that," he added, referring to exchange in which Trump called CNN Network "fake news."

Of Streep's agenda, Watters said: "I enjoy when celebrities talk about politics because it just exposes how little they know."

"When you're sitting in a room with other Hollywood liberals, it's great to give those speeches and they're all going to applaud for you," Tomi said, "but I think it would be a different story if Meryl Streep would stand on a stage in maybe Michigan and Wisconsin and some of the other hard-working, blue collar states that elected Donald Trump and failed to elect Hillary Clinton. Maybe she would get a different reaction."

"I don't think that she'd step out of her bubble long enough to really confront those folks," Tomi said. "So for now she can just stand on stage in her gown that's worth thousands of dollars and preach to us what it means to be an average American."

See the full exchange in the video (below).