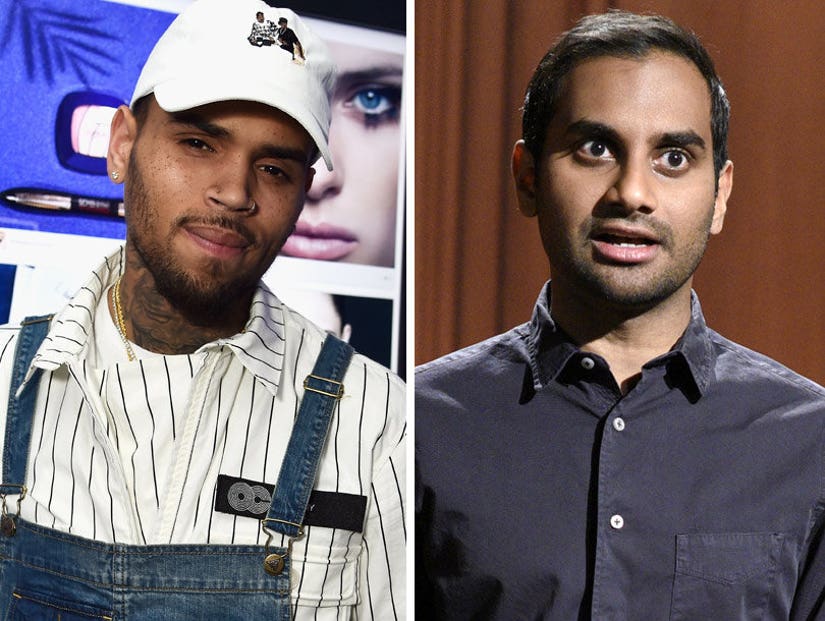 Chris Brown is not here for Aziz Ansari's jokes on "Saturday Night Live," comparing him to President Donald Trump.

Brown, who is known to candidly share his feelings on social media, responded to Ansari with two explicit and racially-charged posts on Instagram.

The first was a repost of the SNL clip with caption "F--k No!!!! Somebody tell ALADDIN HOP OFF MY D---!"

The second was a video, which has since been deleted, wherein he claimed he "can't catch a break" and told fans "don't f---in' trust what you see! Even salt looks like sugar."

"I'm sure there are a lot of people who voted for Trump the same way a lot of people listen to the music of Chris Brown," joked Ansari on "SNL." "Where it's like, 'Hey man, I'm just here for the tunes. I don't know about that other stuff. I just like dancing and the music, I don't condone the extracurriculars."

"If you think about it, Donald Trump is basically the Chris Brown of politics," he continued. "And 'Make America Great Again' is his 'These hoes ain't loyal.'"