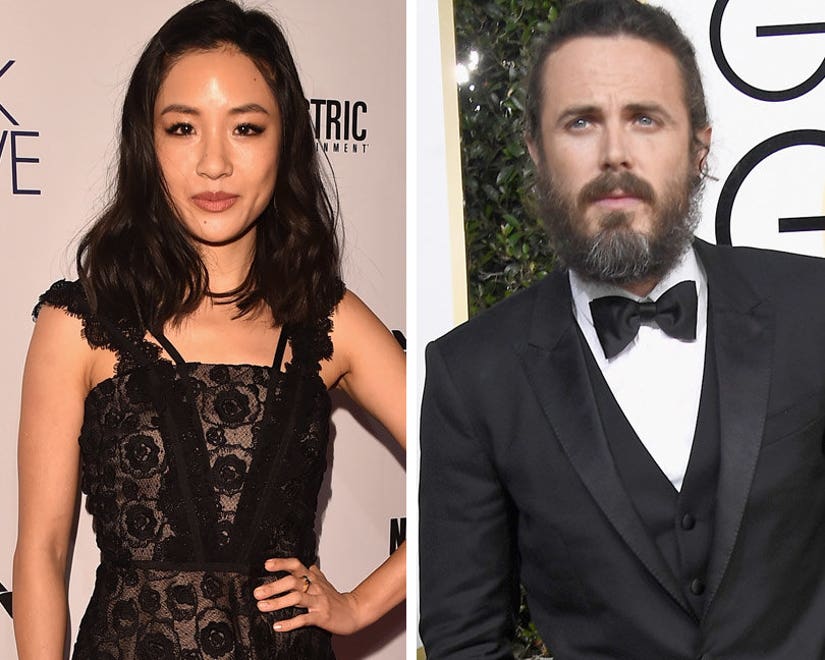 Casey Affleck scored an Oscar nomination for his work in "Manchester by the Sea," but not everyone in Hollywood is congratulating him.

Outspoken "Fresh Off the Boat" star Constance Wu criticized the Academy on Twitter after the nominations were announced, calling them out for praising the actor while ignoring the sexual harassment allegations that have followed him throughout the award season.

@TheAcademy congrats on not learning from the past!Congrats on reinforcing the BTS mistreatment of women in Hwood!Who cares rite?Go Casey!

Boys! BUY ur way out of trouble by settling out of court!Just do a good acting job,thats all that matters!bc Art isn't about humanity,right?

In a longer post, she then compared a potential Affleck win to Donald Trump's presidential victory.

Here's a thing I wrote during an convo w/ @PeterShinkoda about how Casey Affleck's win will be a nod to Trump's. pic.twitter.com/FjrRsniS9d

Wu also added that she had been advised by those around her to not say anything about Affleck, alleging producers and journalists "fear" speaking up about the issue because "Casey's [people] threaten their access to Matt [Damon] & Ben [Affleck]."

I've been counseled not to talk about this for career's sake. F my career then, I'm a woman & human first. That's what my craft is built on.

Two women accused Affleck of sexual harassment in 2010, when he was working on the film "I'm Still Here" with Joaquin Phoenix. Affleck denied the allegations and later settled both suits.

"It was settled to the satisfaction of all. I was hurt and upset — I am sure all were — but I am over it," he said in November. "It was an unfortunate situation — mostly for the innocent bystanders of the families of those involved."

He also seemingly referenced the renewed interest in the story at the Golden Globes.

"It's my kids who give me permission to do this because they have the character to keep at bay all the noise that sometimes surrounds people who live publicly," he said while accepting his award for Best Performance by an Actor In a Motion Picture.