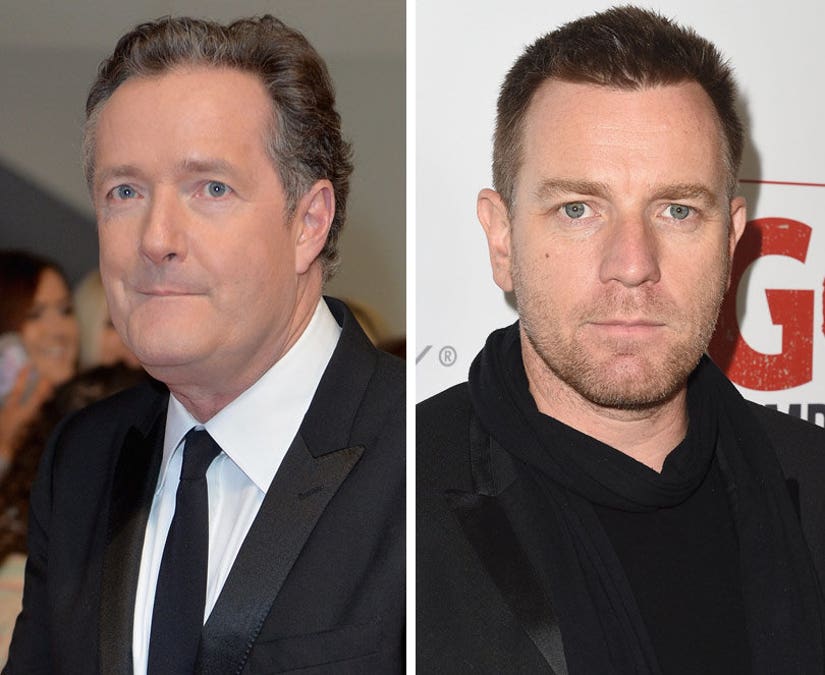 The "Trainspotting 2" star called out Piers Morgan on Twitter earlier today, revealing why he pulled the plug on his scheduled interview with the journalist.

Was going on Good Morning Britain, didn't realise @piersmorgan was host. Won't go on with him after his comments about #WomensMarch

Sorry to hear that @mcgregor_ewan - you should be big enough to allow people different political opinions. You're just an actor after all.

A real man would have come on and debated it with me, not run away like a coward. https://t.co/z5HmkFASwM

"Sorry that Ewan McGregor's not here," he reportedly added on-air, "He couldn't bear the thought of being on the sofa with me because he doesn't agree with me about the Women's March."

Morgan continued to rail against McGregor for the rest of the morning, calling the actor out for supporting "child rapist" Roman Polanski in the past. "His conflicting views of Trump & Polanski are ridiculously hypocritical," Morgan added on one tweet. He also criticized McGregor as being "SO professional today" in another sarcastic message.

As for what Morgan said about the March that McGregor took offense to -- here's the tweet in question:

I'm planning a 'Men's March' to protest at the creeping global emasculation of my gender by rabid feminists. Who's with me?