“We all have a little past,” Jax told his girlfriend Brittany Cartwright's mom on “Vanderpump Rules.” “I mean, I didn't kill anybody. I've been in trouble with the law a few times. I cheated on my ACTs. I used to make report cards in high school.”

See more: 'Vanderpump Rules' Cast: Who's the Most Powerful on Social Media?

As if those revelations didn't already leave a shaky impression, Brittany's mom was also present at Jax's birthday roast, where co-star and friend Tom Schwartz ripped him for all the girls (and guys) he's slept with.

“What do you do in that situation?” he told host Andy Cohen. “You got every ex-girlfriend slash other girlfriends that I've slept with in the audience. What do you do? I mean, drink. That's it.” 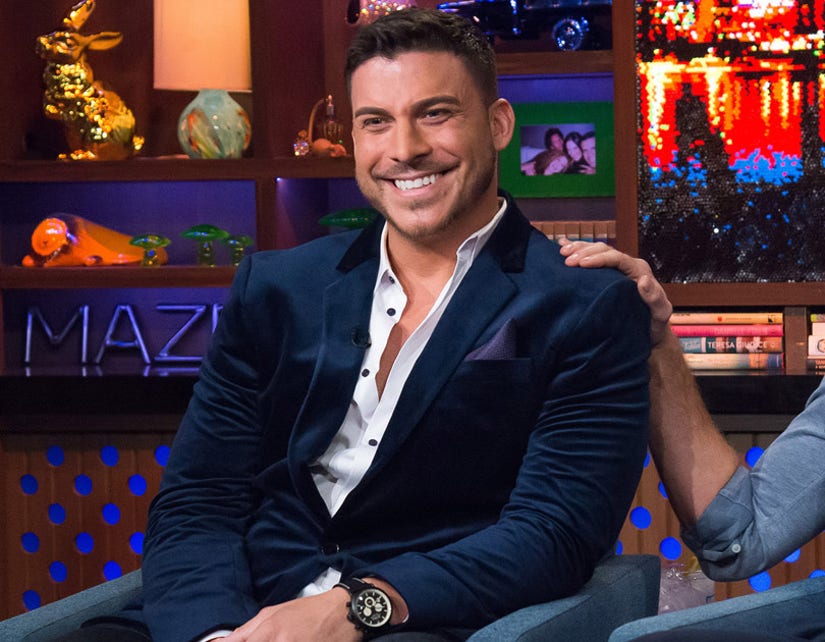 Andy then grilled Jax about a potential marriage to Brittany, who he met in Las Vegas in May 2015.

One thing he can say? Stassi Schroeder is not in his future…at least as a girlfriend.

“[We dated] five years ago,” the 37 year old said. “Stassi is an amazing person. I love her more now, and I've told her this, than when we first started dating. She's grown a lot. We were very young. She's just an amazing girl now. I feel like we'd be better later in life than we were before.”

Despite a rocky first impression with Brittany's mom, Jax did pay for his girlfriend's boob job.

That wins him boyfriend of the year, right?