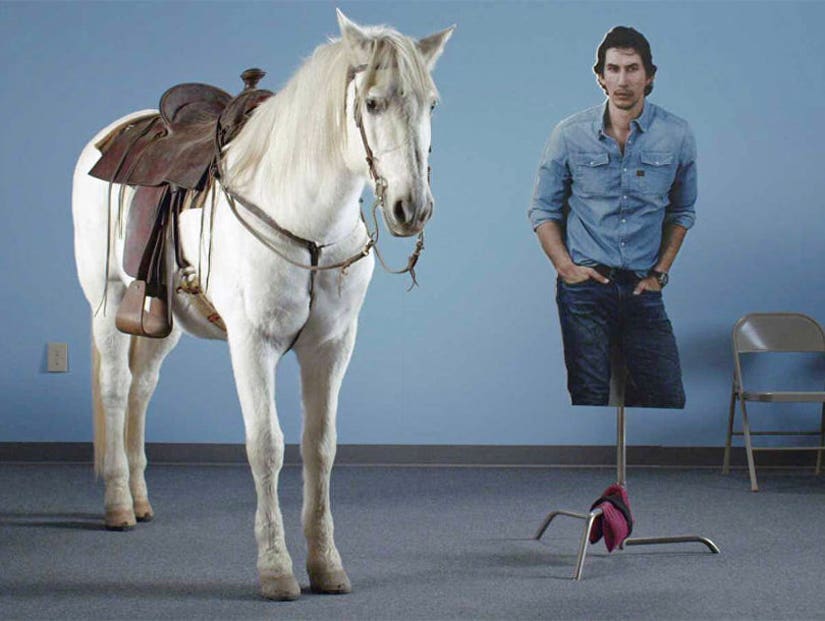 The 2017 Super Bowl is set to air its first ever live commercial during the game and it will feature "Girls" and "Star Wars: The Force Awakens" star Adam Driver, Snickers ... and a horse?

According to the Wall Street Journal, the commercial spot is western-themed and will run for approximately 30 seconds. The Snickers ad is another edition of the "You're not you when you're hungry" campaign which has featured celebrities like Betty White and Joe Pesci among others.

The commercial's new live concept is due in part to the public tuning out from commercials. However, Super Bowl commercials are historically widely watched for their over-the-top antics and hefty price tags.

"People aren't forced to watch commercials anymore," Peter Kain, executive creative director at BBDO New York tells the WSJ. "They can easily tune them out. We need to do something that makes people want to watch and talk about the ads."

The journal reports that the Fox network is seeking up to 5 million dollars for a 30 second ad for Super Bowl LI and as a result, "consumers are getting more and more demanding" says Berta de Pablos-Barbier, who is vice president of marketing for Mars.

While this is a first for the Super Bowl, the live commercial concept isn't new to networks. Last year, Gwen Stefani was featured in a live music video during CBS' Grammy Awards telecast.