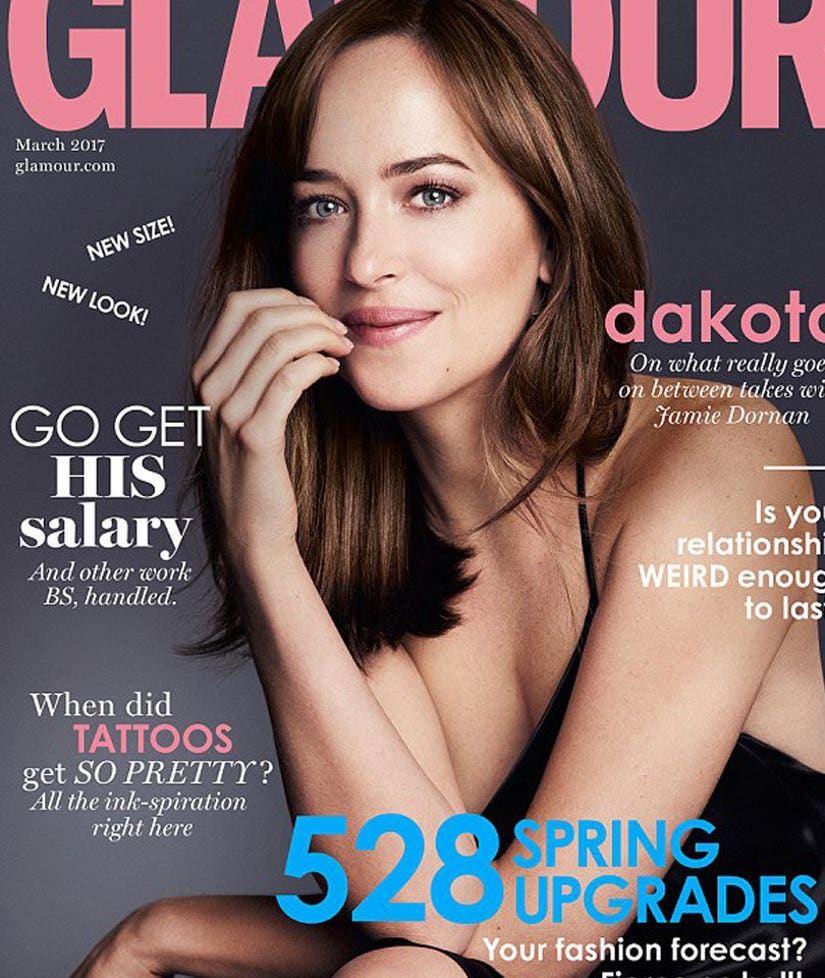 In a new interview for Glamour, Johnson spoke about all the usual and predictable topics every other publication will be asking the actress over the next month of the film's media blitz.

Here's what we learned so far from the interview:

Does she regret her participation in the “Fifty Shades” franchise?

Despite her appreciation for the movie's rapid success, Dakota says she's looking forward to working on sets that don't necessarily revolve around sex.

“It comes in waves. But ['Fifty Shades'] is not going to be my swan song. It has put my life on a path that I didn't plan to go down, but I do feel proud of it. And the films have allowed me to do so many different projects and travel so much. In the end, 'Fifty Shades' has plopped me in a world that I really wanted to be in.”

Is Dakota putting the sex scenes behind her completely?

Have her parents seen “Fifty Shades of Grey”?

Most parents wouldn't be too keen on watching their children have sex...even if it was just acting. Dakota says hers are no different (which is interesting considering they're both actors).

“They haven't [seen the movie] because it's such a tricky thing. It's too uncomfortable for them. It's one thing if a film has one sex scene in it, but with this, a large part of the premise is the arc of their sexual relationship, and I think that's a little inappropriate for my family to watch."

Bonus! Did you know Dakota is a natural blonde and had to dye her hair darker for the role of Anastasia? Neither did we!

The more you know…