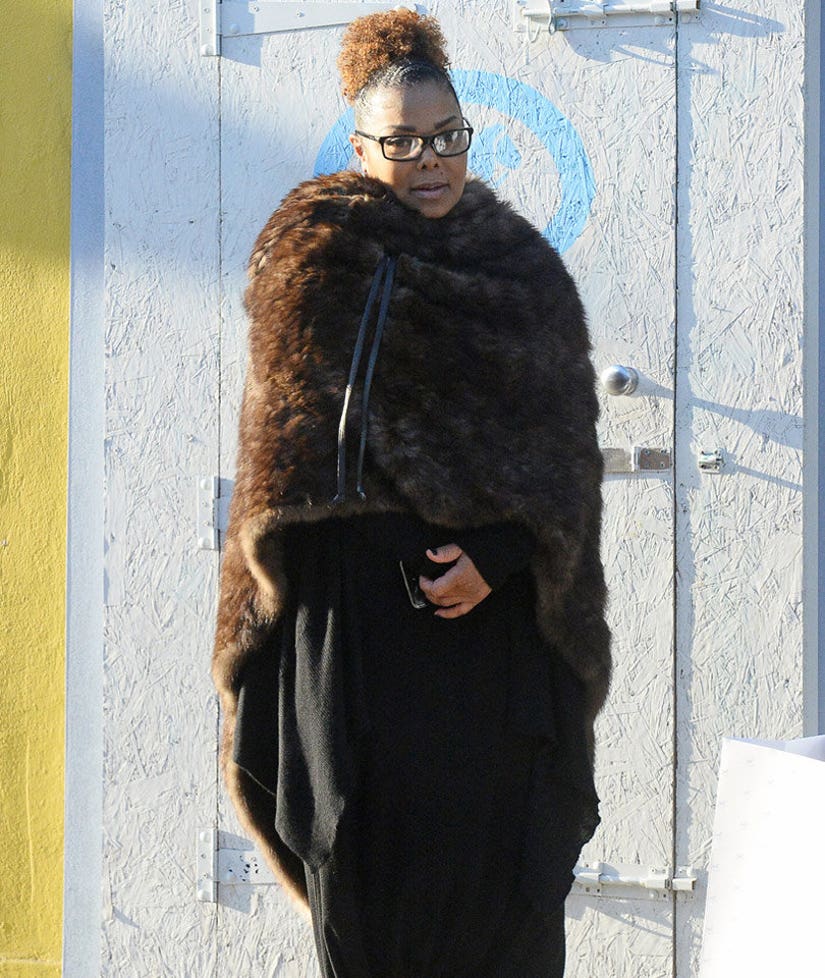 Janet Jackson proved she's one stylish mama in the first photos of her since giving birth.

The 50-year-old pop icon was photographed shopping at a luxury kids' boutique in London on Tuesday, her first appearance since welcoming son Eissa three weeks ago.

The OG "Nasty" girl layered a brown fur poncho over another black wool poncho, pairing the look with drop-crotch pants pants and black high-top sneakers. Janet, whose hair was pulled back in a casual bun, also donned black rectangular specs to round out the ensemble.

Jackson welcomed her first child on January 3, at the age of 50.

"Janet Jackson and husband Wissam Al Mana are thrilled to welcome their new son Eissa Al Mana into the world," her rep told TooFab in a statement. "Janet had a stress-free healthy delivery and is resting comfortably."