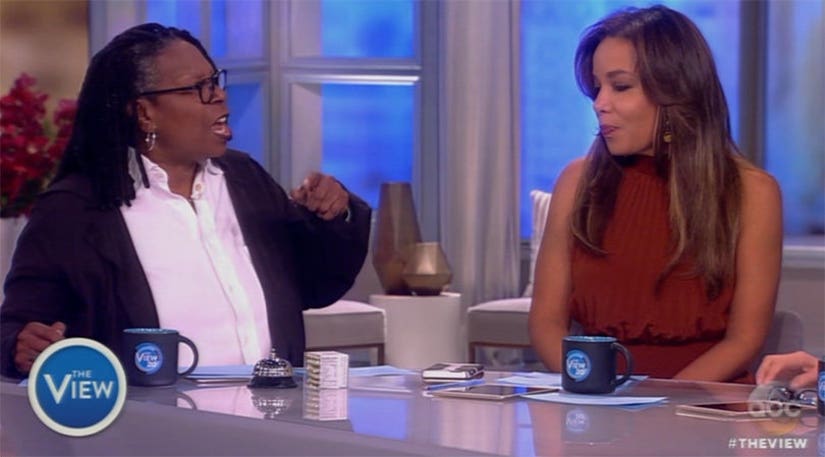 Whoopi Goldberg vigorously defended her abortion stance during Thursday's "The View," trying in vain to get conservative panelist Sunny Hostin on Team Pro-Choice.

While promoting the annual March for Life, Whoopi made it clear that "nobody is not for life," before telling Hostin to un-purse her lips.

"Undo your lips please. I know you're a Christian woman, you're a Catholic woman, you don't think abortion is right and you should never have one," Goldberg said. "I, on the other hand, want to make that decision for myself."

Joy Behar then asked Hostin whether she was pro-choice, "because you can be pro-life and pro-choice."

"My point has been all along is that you can't define the pro-life movement by the fringe that you see, people that are killing abortion doctors, people who are extremists," she added.

"I think we can all agree that abortion is not a good thing," Hostin said. "It's nothing something anyone wants to do."

"It's not a good thing for you," Goldberg interjected. "It is something that some women have to do and that's the idea. They can make that decision for themselves. That is the decision you should be able to make for yourself."

Hostin then admitted she agrees, "the government shouldn't tell women what they can do with their bodies."

When Joy pointed out that it sure sounded like Sunny was pro-choice, she shot the notion down.

Watch the awkward moment below: