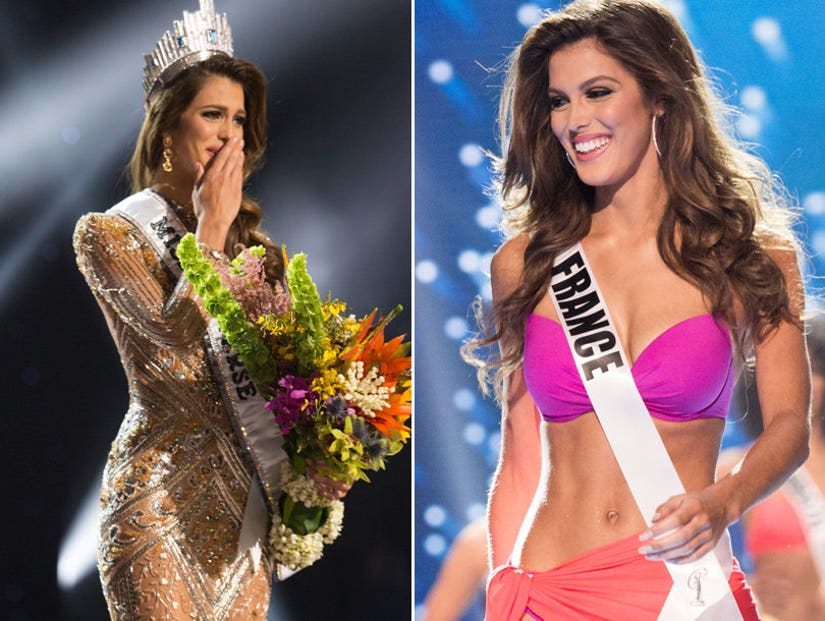 The winner of Miss Universe 2017 is Miss France Iris Mittenaere -- and yes, Steve Harvey is sure this year.

Remember the super uncomfortable live moment in 2016 when Harvey mistakenly announced the runner-up, Miss Columbia, the winner ... when Miss Philippines Pia Wurtzback actually won the crown? Well, he returned as host and poked fun at the big mistake all night on Sunday.

The show opened with Harvey addressing the elephant in the room, "I know what you're thinking: 'Is that the guy from last year? Did they bring back that guy from last year?' Well, they did. It's me. I'm back. Been a long year getting here too, cause boy, I paid the price for last year."

As the show rolled on, they kept reminding us of his mistake. For example, Wurtzbach brought a large pair of reading glasses on stage just to comically make sure the winners were announced correctly.

"God, every time I read off a card, I just pucker up a little bit," Harvey said when announcing the top nine.

Miss USA Deshauna Barber didn't make it past the top nine, but was the first contestant serving in the U.S. military.

Viewers also got involved in last night's voting via Twitter, the official Miss U app, the mobile messaging app Vodi and at vote.missuniverse.com.

And finally, Miss Universe had to end the show with one last kicker: "I'm Steve Harvey and I got it right."