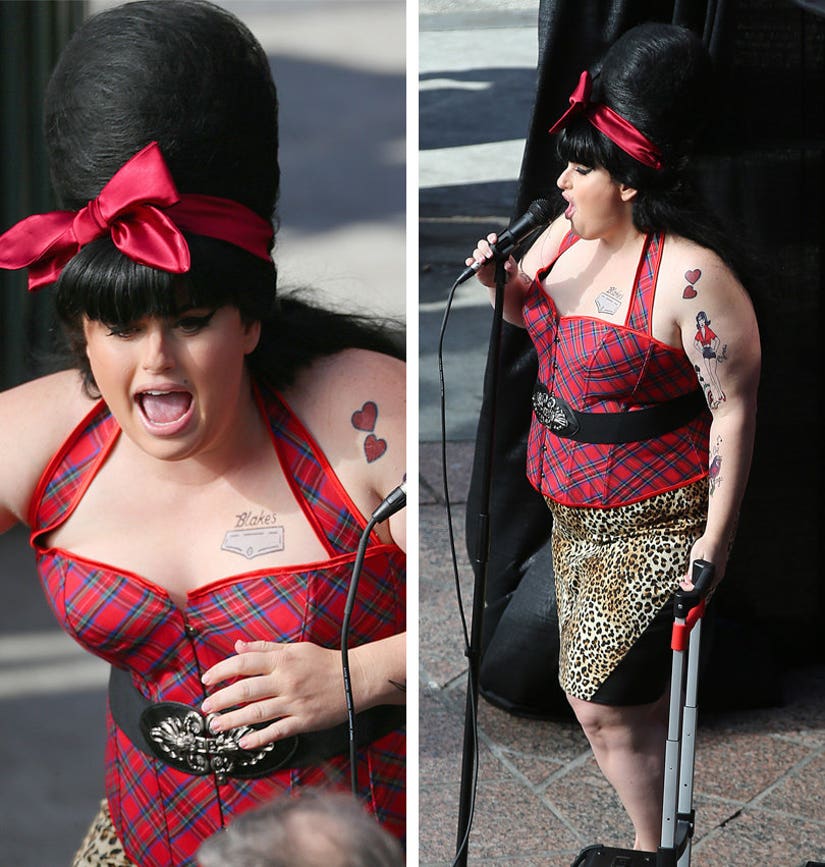 Rebel Wilson, who plays the self-nicknamed "Fat Amy" in the "Pitch Perfect" franchise, was spotted on set of the third film in Georgia on Monday rocking one hell of a musical makeover. With her blonde hair hidden under a massive black beehive and her skin littered in tattoos, the actress transformed into Amy Winehouse for a scene of the film.

She was seen singing underneath a Back to Black Box Theater sign, a pun on Winehouse's "Back to Black" album.

The plot for the third film is still under wraps, but the preceding movie ended with a majority of the Barden Bellas graduating college.