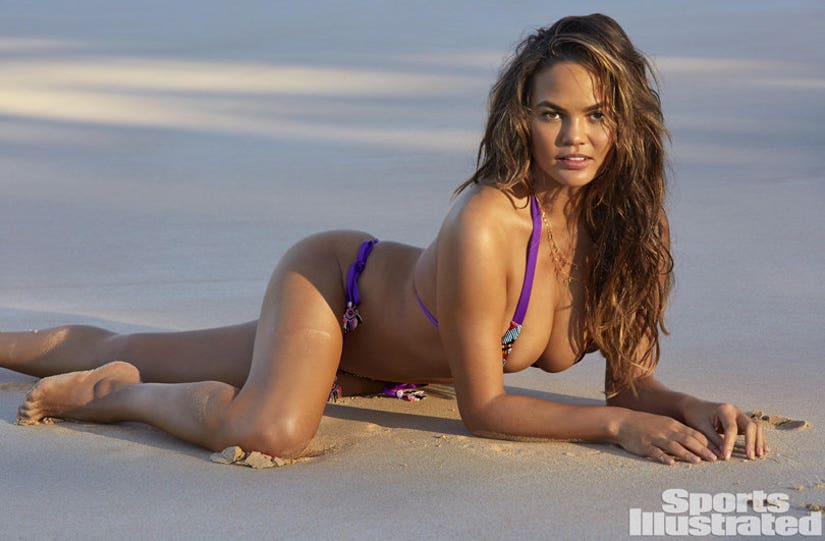 Chrissy Teigen is back in her bikini for Sports Illustrated's Swimsuit issue.

The magazine released the first shots of the model for this year's edition on Wednesday, taken "just months" after she gave birth to daughter Luna in April 2016.

"It's been awhile since I've done anything swimsuit," Chrissy said on set of the shoot. "I haven't shot since baby. But of course you know that [SI Swimsuit editor] MJ [Day] and everyone at Sports Illustrated in general is going to embrace your body no matter what's happening and embrace the changes."

According to Day, Teigen initially only wanted to wear one-pieces for the spread, with her body draped in a blanket.

"I think she surprised herself on this trip, because I don't think she was seeing herself quite the way we were seeing her," added Day.

Judging by the photos, Chrissy agreed to ditch some of the fabric as she posed up a storm on Sumba Island near Bali.

"MJ's right, and I don't want to say this to her, but the tinier the suit, the smaller and hotter you look," Teigen admitted. "Ugh, I hate that. I hate that she's right!"

See more from Teigen's shoot when "Making of SI Swimsuit 2017" airs on DIRECTV NOW this month.