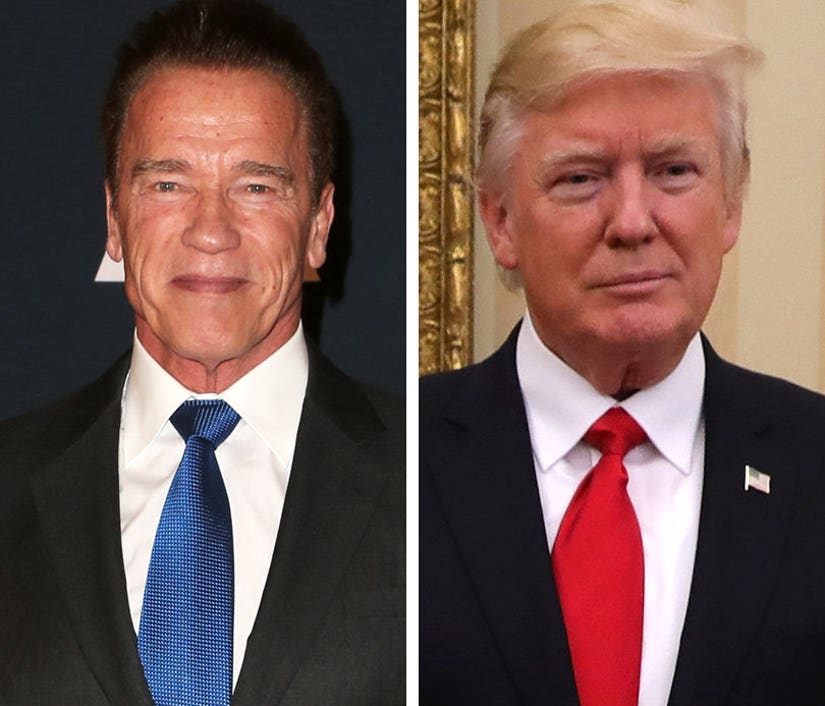 No, you're not reading The Onion.

Arnold Schwarzenegger fired back at President Donald Trump in a video on Twitter Thursday shortly after Donald Trump mocked the actor for low "Apprentice" ratings during a National Prayer Breakfast.

"Hey Donald I have a great idea. Why don't we switch jobs? You take over TV, because you're such an expert in ratings, and I take over your job," said Schwarzenegger in a video. “And then people can finally sleep comfortable again. Hmm?"

"They hired a big, big movie star, Arnold Schwarzenegger to take my place, and we know how that turned out.” Trump said.

"The ratings went right down the tubes. It's been a total disaster. And Mark [Burnett] will never, ever bet against Trump again, and I want to just pray for Arnold, if we can, for those ratings."

Pres. Trump talks about The Apprentice at National Prayer Breakfast: "I want to just pray for Arnold if we can, for those ratings." pic.twitter.com/0oBhB82n6c