Samantha Bee compared President Donald Trump's antics of staffing administration positions with all of his friends, comparing it to a juvenile episode of "Gilmore Girls."

"Remember on 'Gilmore Girls' when Paris Geller staffed the school newspaper with her most loyal friends with no regard for talent level?" the "Full Frontal" host asked on Wednesday night. "It's like that but with the leader of the free world and nukes. If you disagree with the tenets of Trumpism, there is no place for you within the government."

Of the immigration ban, Bee said: "I won't mention that this refugee ban is immoral, embarrassing and inhuman. I'll just point out that it is the act of a giant pussy."

"Here is a man who's afraid of germs, stairs, books, unprocessed food, women, birds, Muslims, Russian pee tapes, inner cities and of course, strong winds. But he can't recognize the courage of people who survived literal war zones to come to a new country, start over with nothing and keep going each day despite the contempt with which we're horrible enough to treat them."

After Bee called the order "the healthcare.gov of Islamophobia" and "the Ford Pinto of intolerance," she added, "the important thing to remember is this is in no way a Muslim ban -- 'wink.'"

Watch the full segment (below). 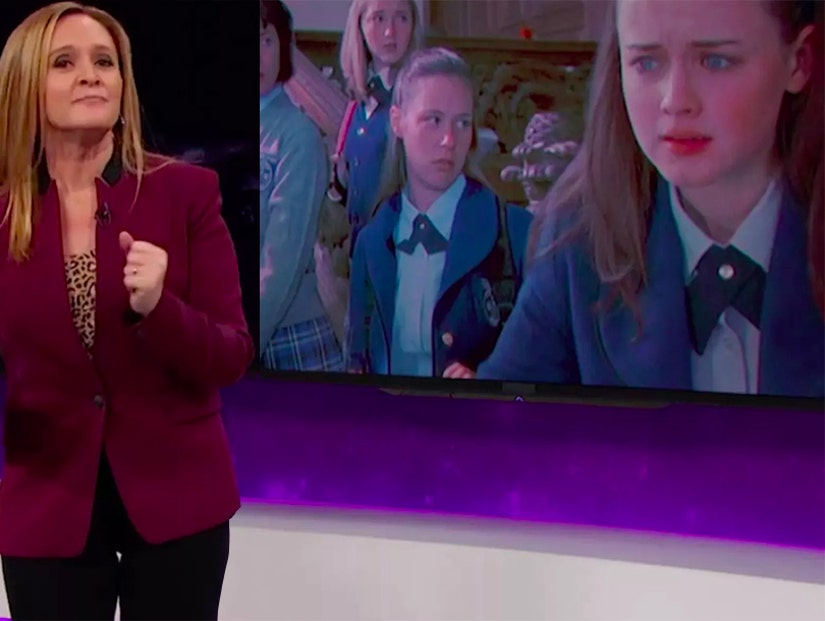