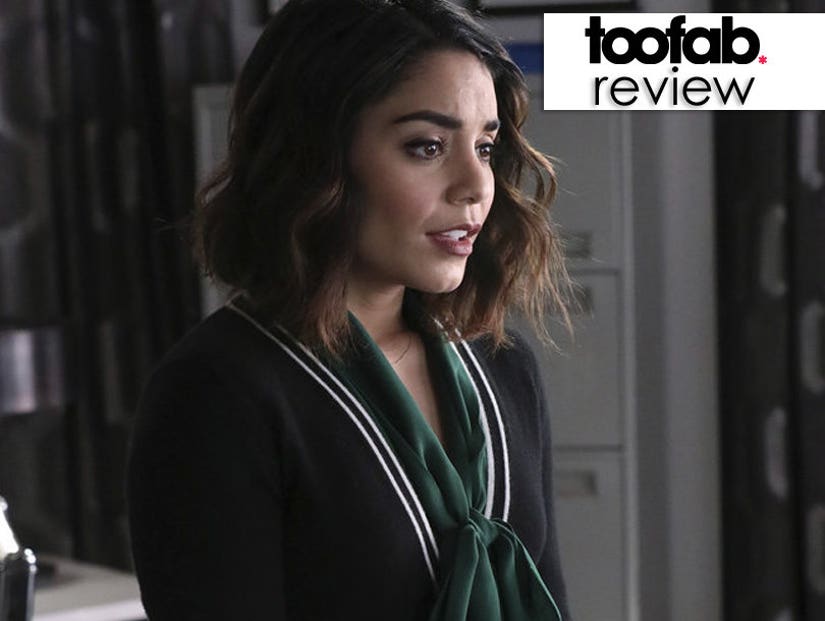 It's been a rough bunch of years for the 28-year-old Hudgens, who went from "High School Musical" sweetheart in 2008 to Broadway disappointment in 2015. She was in danger of becoming an answer to a trivia question, or actors forced to travel the nostalgia circuit, but the new NBC superhero sitcom "Powerless" has saved the day.

Before “Powerless," Hudgens couldn't really catch a break. Even when they seemed like good ideas, she just picked the wrong projects and roles. And it's not like she even pigeonholed herself; she went dark (see "Beasty," that reinvention of "Beauty and the Beast" she did with Alex Pettyfer in 2009), but also took on beloved roles in classic musicals (“Rent” at the Hollywood Bowl in 2010 and “Grease: Live” on Fox last year). Other than her excellent turn in the seedy, surreal comedy "Spring Breakers" with James Franco, she just couldn't strike the right tone in the right project.

"Powerless," though, changes all of that. As the optimistic, ambitious Emily Locke, Hudgens projects a freshness that we have not seen for years in her work. "Powerless" is set within the world of DC Comics, but it's a quirky workplace sitcom focused on the regular people who don't have superpowers (hence the names). Locke is the new project manager at Wayne Security, the minor league subsidiary of Batman's Wayne Enterprises; located in Charm City — think of it as the Jersey City to Gotham's New York City — it's filled with goofballs who try to come up with products that could help regular citizens protect themselves from the insanity of their world. And there's a whole lot of insanity, what with the crazy amount of damage always being dolled out by fights between the Justice League and their villains.

Hudgens' never-give-up attitude contrasts nicely in the first episode with her more downtrodden R&D team. Its members have been discouraged time after time by both its failures and the parent company's disinterest in its work. Danny Pudi, aka Abed on “Community,” plays the lead designer of the team, and gives him a wise-ass edge that Abed would have only assumed if he was pretending to be a character he saw on TV. He's joined by the comedian Ron Funches, who plays a goofier, if equally pessimistic, head of research.

The best performance on the show comes from fanboy fave Alan Tudyk, who is becoming a reliable scene-stealer. He was the funniest (well, only funny) part of Rogue One, as the droid K-2SO, and he's got a fun show on the Comic-Con Network with his “Firefly” co-star Nathan Fillion. In “Powerless,” he plays Bruce Wayne's slightly pathetic cousin, who is forced to head up Wayne Security, even though all he really wants is to work in Gotham. He's able to be both a jerk and pretty sympathetic, maybe because his ambition and desire to be included in the family businesses is at least relatable. He also gets 75% of the funny lines, at least in the pilot.

Fans of superheroes will like “Powerless” for the little allusions to the comic book characters, but you definitely don't have to like Batman, Superman, or any other caped crusader to get into the show. It's reminiscent of NBC's “Superstore,” another workplace comedy, or the under-appreciated “Better Off Ted,” which ran for 13 episodes on ABC in 2009. It won't make you think too hard, but you'll definitely get some laughs out of it — and remember why you were such a big fan of Hudgens nearly a decade ago.