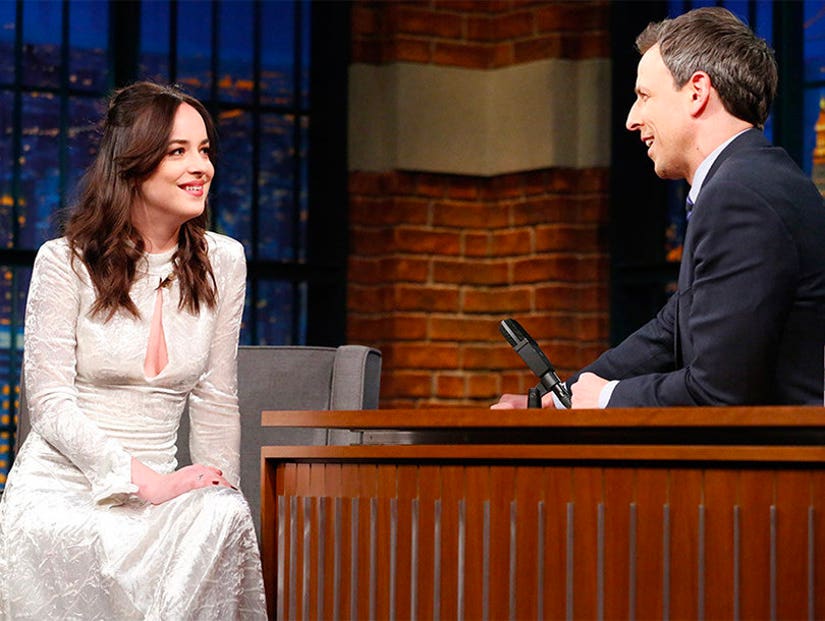 Dakota Johnson's chief complaint to Seth Meyers on Wednesday night was that everything that comes out of her mouth gets twisted into something sexual.

"The other day I had someone ask me what my favorite sex toy was, which is like, inappropriate," she told the comedian on "Late Night With Seth Meyers."

"I was like, 'That's an inappropriate question.' I can't answer in the right way. I said, 'I don't have one. Let's move on.' But then the headline was like: 'She Doesn't Have One Favorite Sex Toy.' I can't win! I either hate sex toys -- so why am I doing this movie? -- or I love them and I'm a sex fiend."

Seth offered the "Fifty Shades" actress some advice of his own.

"Just say one that doesn't exist," he joked. "Be like, 'The Scrambler.' And if they don't know what a scrambler is, say, 'You should find out, it's going to change your life!'"

Opening the door for further speculation, Meyers asked if Johnson found the masks she and Jamie Dornan don in "Fifty Shades Darker" to be "alluring."

"If I answer this question," Johnson joked, "They'll be like, 'She Loves Masks.'"

Watch the rest of the video (below).