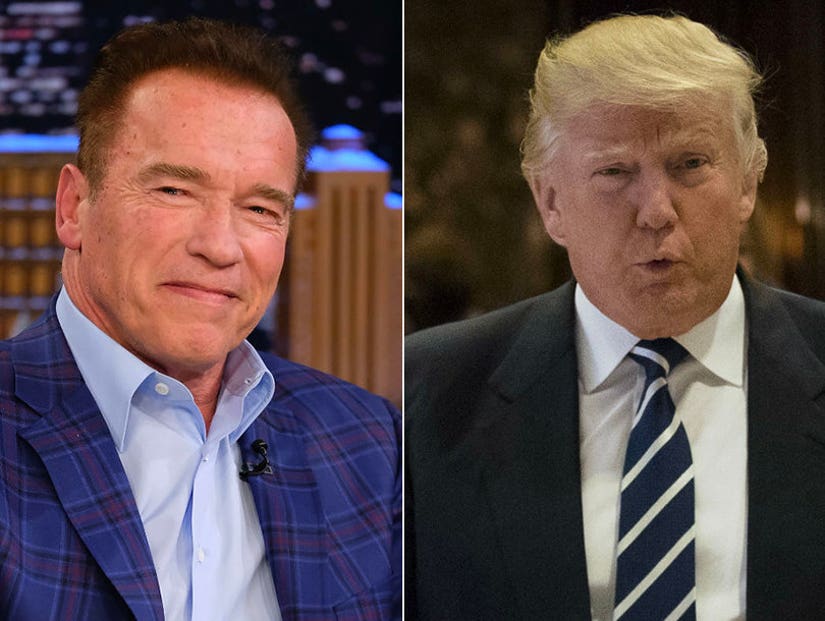 Arnold Schwarzenegger spoke out about his tumultuous relationship with President Donald Trump in a just-released interview with Men's Journal.

"Don't get into a stinking contest with a skunk," Schwarzenegger said of the heated exchange between him and President Trump ratings for the "Apprentice."

When the then-president elect said Arnold's version of the show was "swamped (or destroyed) by comparison to the ratings machine, DJT," Schwarzenegger thought very carefully about how he'd react.

"I said, 'Let's sit on it for an hour. I called my assistant and said, 'I think what we really should do is request a meeting and go back to New York. And then we just smash his face into the table,'" he explained.

"And then, 'I think we can't do that, either,'" he said. "I think I have to be above all of that and put him on the spot." His eventual response: "There's nothing more important than the people's work. I wish you the best of luck and I hope you'll work for ALL of the American people as aggressively as you worked for your ratings."

Satisfied with his rebuttal, Schwarzenegger said: "I think people really reacted well to that response. I sound more presidential and more diplomatic and more elder-statesman -- that's exactly the way Donald should be."

Donald also mocked the actor for low "Apprentice" ratings again this week during a National Prayer Breakfast. People really reacted well to Arnold's response to that one too -- watch the video below: