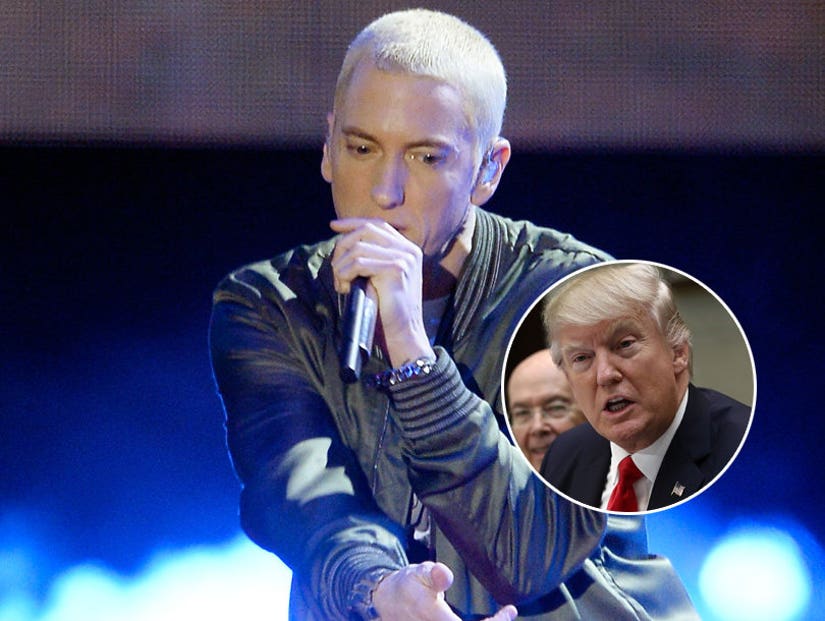 The real Slim Shady is not a fan of Donald Trump.

Eminem is featured on Big Sean's "No Favors," where he spews some pretty gnarly lines about POTUS in his guest verse.

Em also goes in on Ann Coulter with some explicit lyrics we can't even mention here.

Listen to the NSFW song on Spotify here:

"Count me in for the Detroit connection. Honored to be a part of #NoFavors with @BigSean from his new album," Eminem tweeted about the collaboration.

"No Favors feels like back to back homeruns, you f---in destroyed this verse," added Big Sean. "Thank you for blessing the album w/ this! #Detroit"

This isn't the first time Marshall Mathers III has referenced a president in song. In his 2010 track "Seduction," he rapped, "That hater alarm is sounding off, and Obama took the bomb from my name."