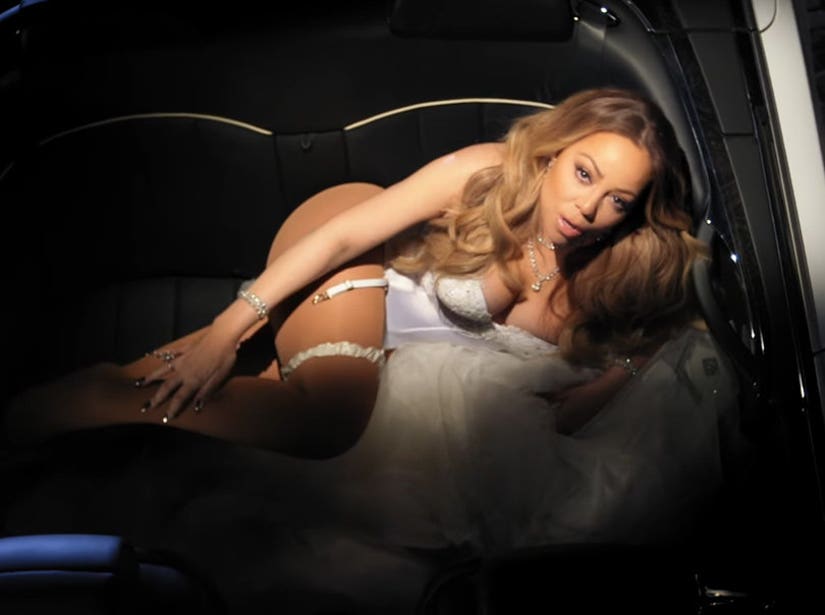 Fri-YAY! What better way to go into the weekend than with a brand new Mariah Carey banger?

The singer just released her brand new music video for "I Don't," the song she recorded following her breakup from former fiancé James Packer.

The video features Mimi glammed out in uber-sexy outfits that give us total "Touch My Body" vibes. Carey puts her curves on display in white lingerie, a lace-up black leather leotard and curve-hugging red dress as she writhes around on top of a car in the clip. Near the end of the video, she even throws her wedding dress into the fire!

The song, which samples Donell Jones 1999 hit "Where I Wanna Be," also features a verse from LA native rapper, YG.

"Ever since the tour wrapped I took some time just to process my feelings and I started writing a song to express what I've been going through," Carey said of the song on Sunday's "Mariah's World." "And if you're not getting the love that you need from someone that you're supposed to be in a real relationship with, then why remain in that situation?"

Check out the official music video below: