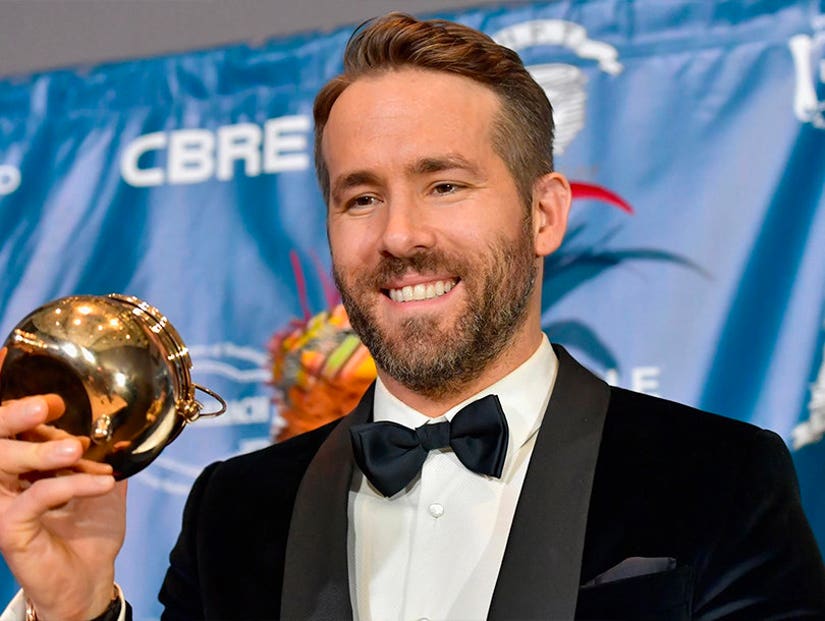 Accepting his Hasty Pudding Man of the Year Award at Harvard University on Friday night, Ryan Reynolds talked about the important relationships in his life and revealed his proudest moment.

"Just seeing my older daughter be so infatuated with our younger daughter, who's four months old," Ryan said. "Seeing her kiss her and hug her and hold her, it kind of crushed me. But would put anyone else to sleep.”

The Hasty Pudding cast went on to roast the "Deadpool" star's less successful films, but when it was Reynolds' chance to turn the tables, he hesitated.

After being told he had to mock New England Patriots quarterback Tom Brady, Ryan said: "Oh God, that's a terrible thing to do. You know we're in Boston, right? Tom, I'm afraid your voting skills are as bad as ... " as he trailed off. Brady has a longstanding friendship with the President.

Reynolds later added that he's still rooting for the Pats to win the Super Bowl on Sunday.

With the honor of the award, Reynolds is in good company: others who've won the Hasty Pudding Man of the Year Awards include Christopher Walken, Bill Murray, Steven Spielberg, Bruce Willis, Martin Scorsese and Bob Hope.

See a video of the press conference (below).