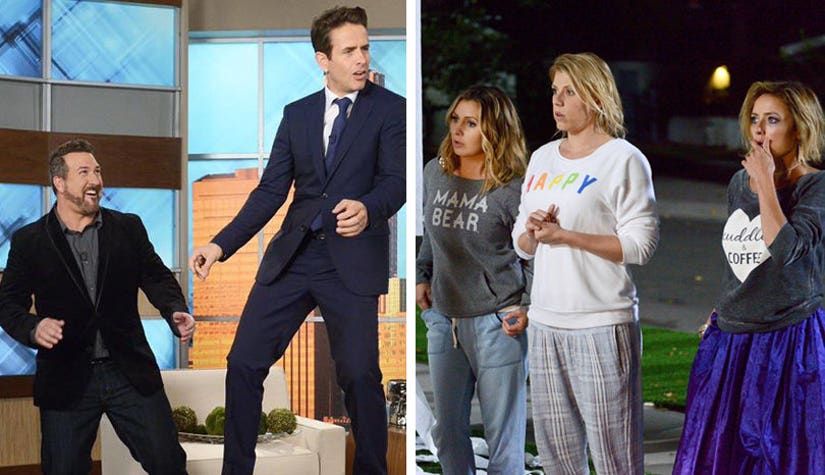 The '90s are taking over television.

On the heels of OJ Simpson, Tonya Harding and JonBenet Ramsey's returns to our television screens, some lighter nostalgia is coming courtesy Pop TV.

"Return of the Mac," starring the NKOTB alum, is a scripted show starring Joey and his real-life family -- including wife Barrett and their three kids. Does that make anyone else feel old? "As he embarks on a hilarious quest to be taken seriously as a legit actor, Joey is thrown into the reluctant role of a talk show host at a fledgling cable network called The Comfy Channel," revealed a press release for the series.

"Hollywood Darlings" will star the trio of women above and is described as a "improvised comedy" where the actresses play "exaggerated versions of themselves in their current Hollywood lives."

See the sneak peek, where they poke fun at Lakin being the least famous of the three:

Both shows will premiere back-to-back April 12 on Pop TV.