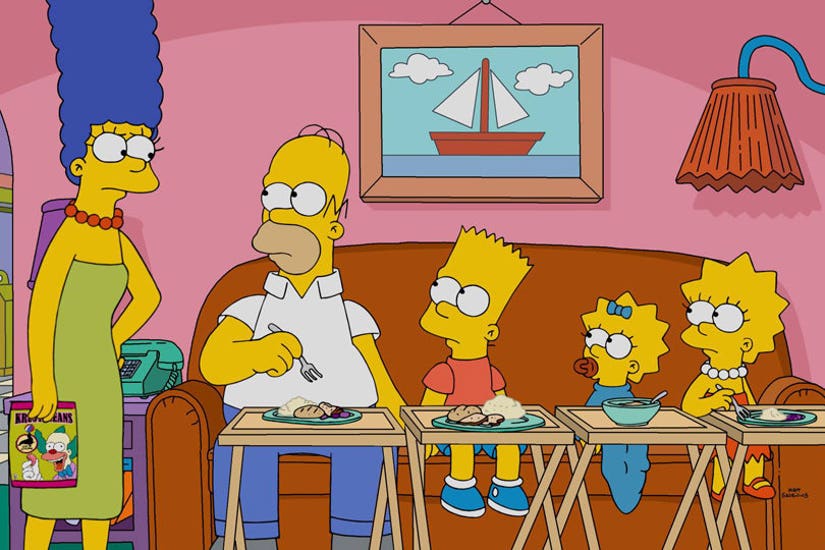 Images of a vintage "Simpsons" episode floated through Twitter Sunday morning, showing an animated Falcons v. Patriots Superbowl that allegedly first appeared on the show back in October 2016, in an episode titled “The Town.”

Though the image isn't real (Fox Press site confirmed that it was photo-shopped and the original photo depicts a game between Springfield and Boston) Twitter users made the image instantly viral:

Will the Simpsons be right again about the future? 🤔🏈 #superbowl pic.twitter.com/JSU4sKJ2Iv

Users everywhere were sharing the image, proving that The Simpsons had seemed to creepily predict something so insanely accurate.

After Lady Gaga's halftime performance, people were shocked to see that even that was previously predicted by The Simpsons.

This time, a 2012 episode titled “Lisa Goes Gaga,” Lady Gaga performs a concert in Springfield, where she soars above the crowd strapped to a harness.

Safe to say, the entire internet was shook. This nearly impossible-to-predict situation appeared as real as ever.

We've gotta give The Simpsons some credit, though. This is most definitely not the first time they've eerily predicted things.

Perhaps the most accurate of the show's uncanny predictions was when they predicted a Donald Trump presidency. The episode, which aired 16 years ago in an episode called “Bart to the Future” where Lisa Simpson took over the presidency after Trump had tanked the economy.

Another Simpsons prediction happened back in 2008 in a Halloween themed episode where Homer has issues while placing his vote. While he tried to vote for Barack Obama, the machine changed his vote to Mitt Romney. In 2012, this exact thing happening when faulty voting machines kept changing votes for Obama to votes for Romney.

Another WTF Simpsons prediction came in 2014 when a 1997 episode of The Simpsons titled “Lisa's Sax” predicated an Ebola outbreak, that sure enough, happened 17 years later.

Feeling like we should just go back and watch episodes of The Simpsons to see the rest of the future holds.