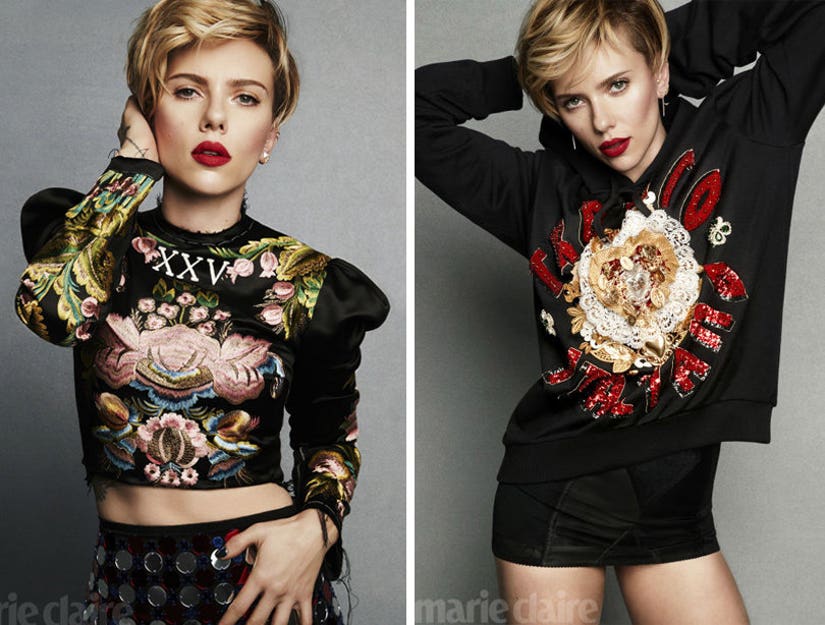 Scarlett Johansson is speaking out against critics who accused Paramount of "whitewashing" her character in the upcoming "Ghost In the Shell" film.

ScarJo plays The Major in the live-action adaptation of the Japanese manga, a character whose full name is Motoko Kusanagi in the source material. Many -- including Margaret Cho -- criticized the casting decision when it was first announced, with Cho saying, "It doesn't make any sense ... I just can't understand why Hollywood doesn't really embrace these ideas, these Asian actors playing Asian roles. It's such a backwards thing."

The "Avengers" star addressed the controversy in the new issue of Marie Claire, where she also revealed how Mark Consuelos once ended up with her breast bump and spoke about sexism in Hollywood.

Here are the biggest takeaways:

Regarding the 'Ghost In the Shell' Controversy

"I certainly would never presume to play another race of a person. Diversity is important in Hollywood, and I would never want to feel like I was playing a character that was offensive," she explained. "Also, having a franchise with a female protagonist driving it is such a rare opportunity. Certainly, I feel the enormous pressure of that—the weight of such a big property on my shoulders."

"I had to bring my breast pump [to the 2015 Oscars], because I was nursing and every ounce is like liquid gold," she told the mag.

"Somehow, Mark got ahold of my breast pump -- in a bag with all the milk, ice packs in there, and s---. He grabbed it out of my hand," Johansson continued. "Our cars got separated. Apparently, Kelly looked over, and she was like, 'Wait a minute -- is that Scarlett's breast pump? We've got to get it back!' because she knew how panicked I would be. We finally ended up at the same party three hours later, and Mark was like, 'I'm so sorry.'"

On the Hollywood Pay Gap

"Some people felt I should talk about my personal struggle in order to shed a spotlight on the greater issue. Maybe I'm being presumptuous, but I assumed it was obvious that women in all positions struggle for equality," she said her reluctance to speak out about the pay gap. "It's always an uphill battle and fight. My experience with my close female friends and family is that the struggle is real for everybody. Everyone has been discriminated against or harassed—sexism is real."

"Just because I'm the top-grossing actress of all time does not mean I'm the highest paid," she added. "I've had to fight for everything that I have. It's such a fickle and political industry."

Why She Believes Celebrities Should Be Vocal About Politics

"[I believe] that it is really important to hear people in various positions of power voice their opinions, their story," she said. "Why not? Why can't I have the voice? Why can't I use my platform? What's the point of having it if you don't use it? If you don't want to get involved, please, the noise is loud enough. But if you've got something to say, say it." 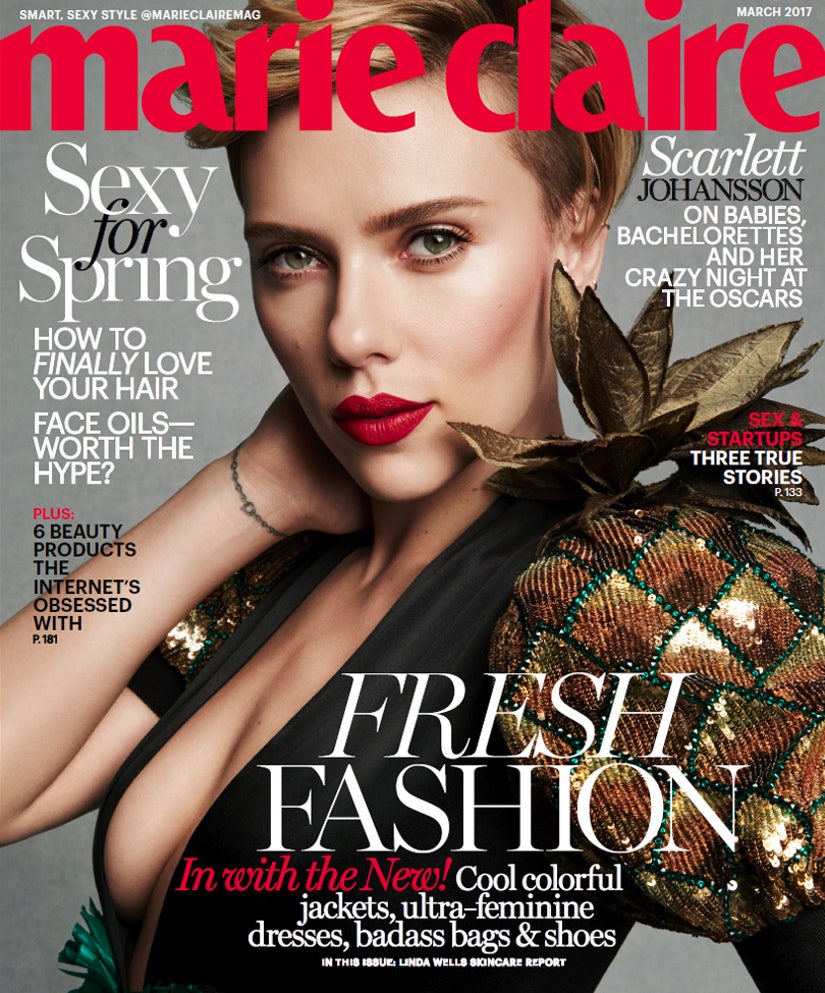