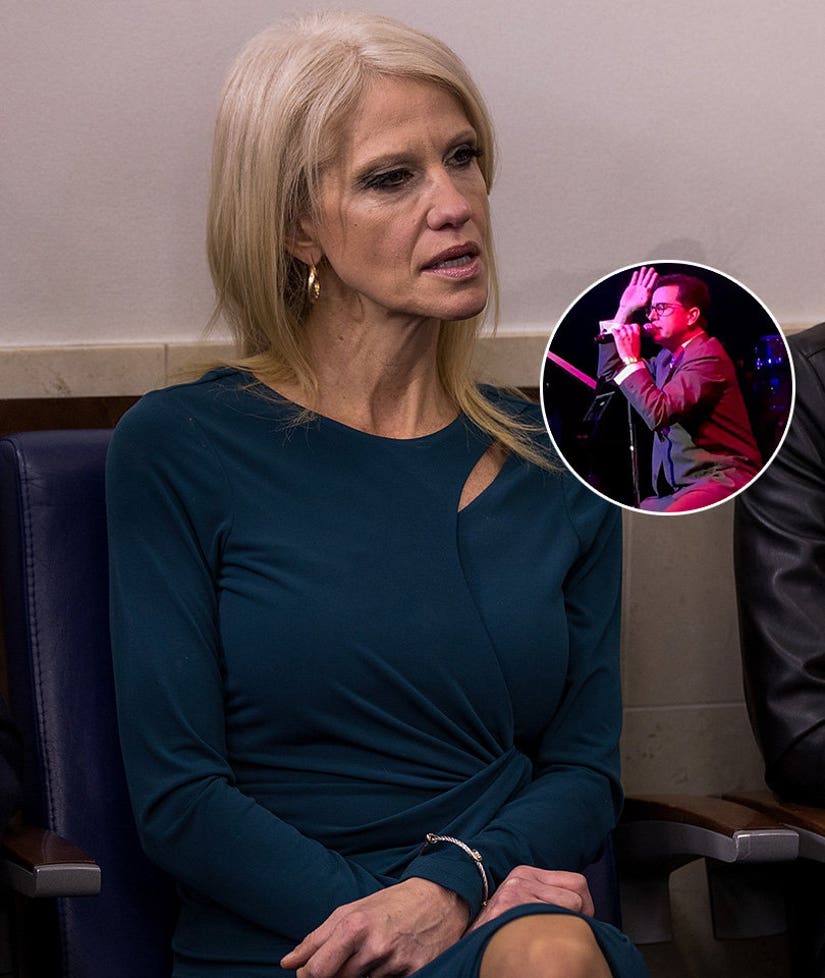 "Obviously tonight is for the Montclair Film Festival but all remaining donations, if there's anything left over, is going to go to victims of the Bowling Green massacre," Colbert told the crowd after his musical rendition of "Once in a Lifetime."

Strutting around on stage in an eerily similar fashion to that of Byrne, Colbert improvised, harmonized and when all was said and done, took a cheeky swipe at one of President Donald Trump's counselors.

Conway has been under fire since comments she made during a Feb. 2 interview with MSNBC's Chris Matthews went viral. During the interview, Kelly referred to the "Bowling Green Massacre" to back her statement about the validity of an immigration ban.

"I bet it's brand new information to people that President Obama had a six-month ban on the Iraqi refugee program after two Iraqis came here to this country were radicalized and they were the masterminds behind the Bowling Green massacre," Conway said. "Most people don't know that because it didn't get covered."

The real reason most people don't know about Bowling Green though is because no such attack ever happened.

The benefit attended by Colbert was held at New Jersey's Wellmont Theater on Saturday night and supported the Montclair Film Festival which runs April 28 - May 7.