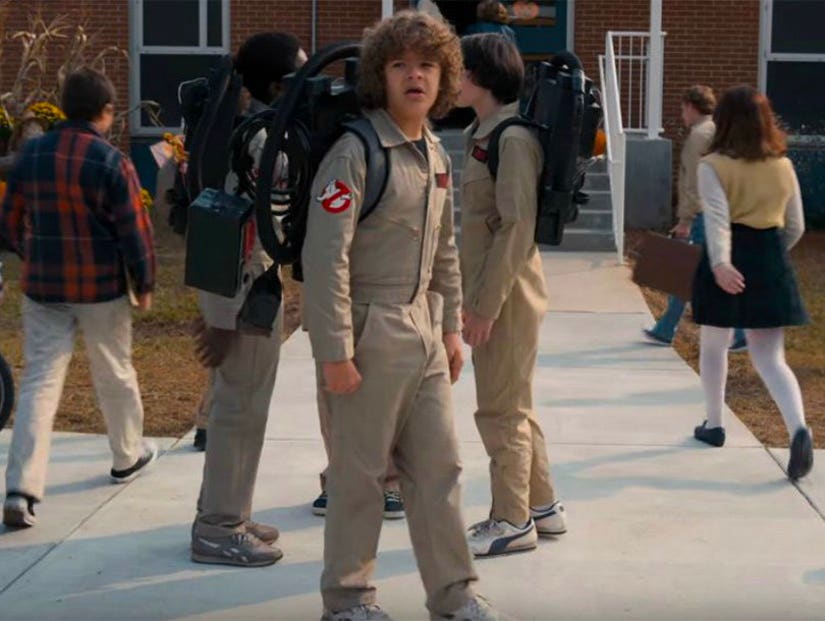 Netflix released the first teaser for its hit show, "Stranger Things 2" during last night's Super Bowl and the show's mostly-kid cast had an epic freakout that was happily caught on video.

In a video posted by Noah Schnapp (the show's Will Byers), the cast of the award-winning show reacted with a lot of screaming.

"Fun video of us seeing the S2 teaser!!!" Schnapp wrote.

Watch the video (below) and continue for more story.

The kids weren't the only ones losing it on social media.

The show's Chief Jim Hopper (portrayed by David Harbour) shared a video of his own on Instagram. His reaction was very similar to that of the "Stranger Things" kids, except it featured all-male adults.

Harbour wrote: "Cool as cucumber d bros and me screaming like an 8 year old on Christmas morning. #worldupsidedown #strangerthings #sb51."

Watch the video (below) for Harbour's impassioned -- and hilarious -- response.

See the exciting first trailer for the second season of the hit show (below).