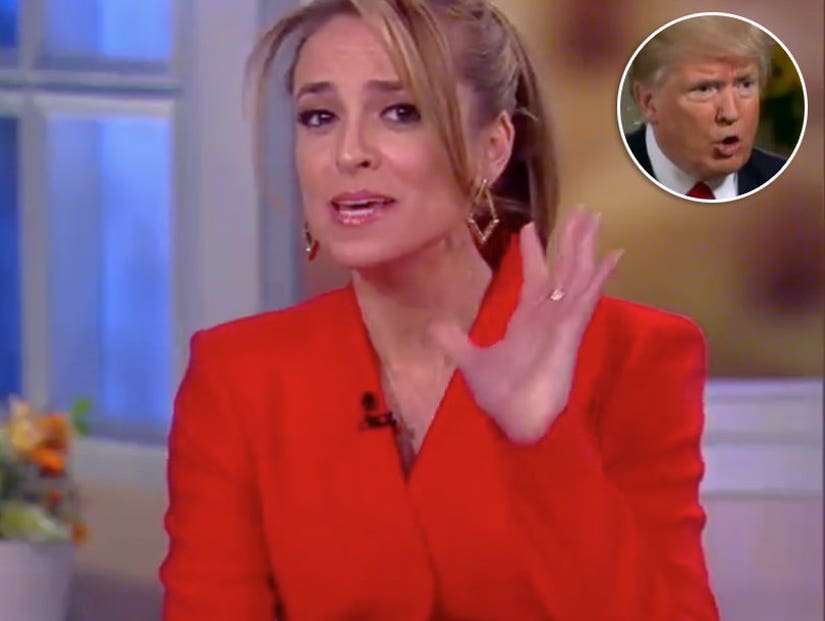 It was a rare morning of agreement on Monday's "The View" with the entire panel calling Donald Trump's defense of Russian president Vladimir Putin "shocking."

ICYMI, Trump said he respected Putin in an interview with Fox News', prompting Bill O'Reilly to say, "But he's a killer."

"There are a lot of killers. You think our country's so innocent?" Trump responded.

"Imagine if Barack Obama said anything like that, they would have had him up for treason," said Joy Behar when Whoopi Goldberg asked whether America should be "concerned" about the interview.

"It made me really think, because as the President, he has intelligence that we don't have," added Sunny, eliciting laughter from the panel. "Has he gotten some intelligence reports that people in our government are killing other people? For him to say that on national television was pretty shocking to me."

But it was conservative panelist Jedediah Bila who went for the jugular.

"You have to ask yourself, if Donald Trump has a hard time criticizing those things, what does he actually stand for?" she mused. "Does he believe in the imprisoning of political dissidents?"

What role does comedy play in today's political climate? "It's a welcome diversion from reality," @PaulaFaris says. pic.twitter.com/8Fzy3vQMBh

Another subject the women all agreed on: "Saturday Night Live's" skewering of press secretary Sean Spicer with Melissa McCarthy.

"We need to laugh, this is funny," said Whoopi.

"I think comedy is subversive and there's nothing a dictator hates more than being made fun of," added Behar. "This must get under everybody's skin."

"Melissa McCarthy makes everything better," Bila chimed in. "I can be in the worst state of mind... she became Sean Spicer. But I love her. When you bring comedy in, I feel like it's such a unifying moment."

Behar also criticized Trump for not having a sense of humor.

"Having a sense of humor about yourself is a sign of mental health. I never see him laugh," she said. "I find that bizarre. Also, where are the pets. I want pets. Things that humanize a person."