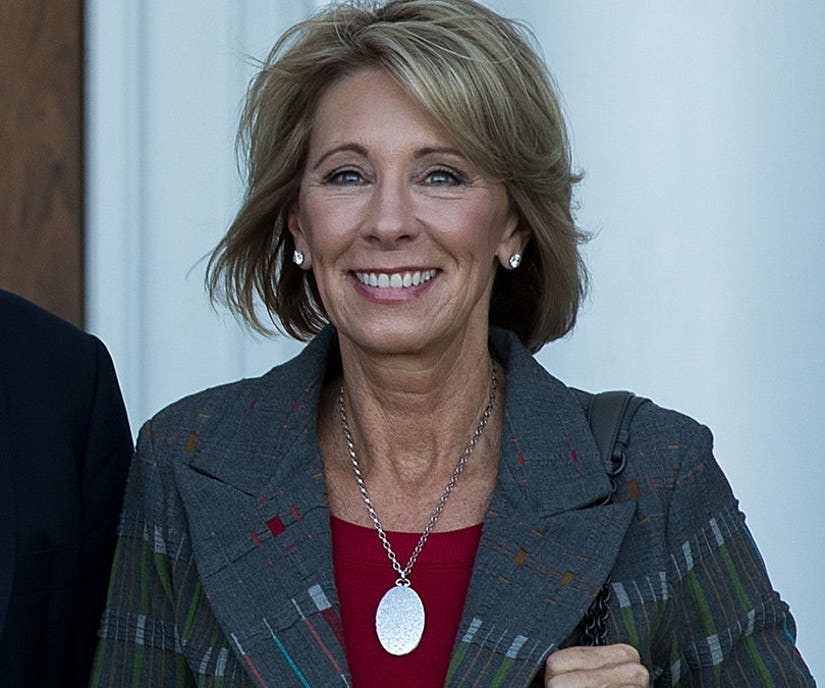 DeVos, a billionaire businesswoman who has no prior experience in education, was heavily criticized for her lack of knowledge in education, particularly after a disastrous senate hearing back in January where she compared gun safety of children in schools to grizzly bears.

After a confirmed 51-50 win (the closest margin in Senate history), Twitter reacted in many ways. Starting with Pence:

Today's vote to confirm Education Secretary @BetsyDeVos was a vote for every child having a chance at a world-class education. https://t.co/zdF3OzIohN

Being horrible is a culture.

Welp, they confirmed #DeVos. A billionaire with NO knowledge of the public education system is the Secretary of Education.

The DeVos pledge: If your senator voted YES, you pledge to vote AGAINST them in the next election and to donate to their opponent. Please RT

BREAKING: Betsy DeVos, who doesn't believe in public education, buys Sec of Ed post w/ a tie-breaking vote from a man who wants to cure gays

By the way, DeVos is 100% courtesy of Mike Pence. You think Trump gives a shit about charter schools?

Betsy DeVos confirmed. What is also confirmed is that there is not one single man of courage in the Republican Congress.

America has a new Education Secretary who wants guns in schools to protect kids from Grizzly Bears - who've never attacked kids in schools.

The swamp is being drained and filled with Chuck E. Cheese sea of plastic balls.

Rejecting DeVos was the GOP's easiest way to say "Mr Prez, let's take this slow, we got 4 yrs". Instead they declared war on our children.

DeVos confirmation hearings were most embarrassing I've ever seen, prove she didn't even google ed policy before setting foot in the Senate.

Betsy Devos got confirmed. Everyone who voted for her should be ashamed. Party before country. They're using children's education as pawns.

Educated people overwhelmingly vote Democrat. So the @GOP has an investment in under-educating our youth, especially in lower income areas.

She got in. Anybody want to start a school? On Mars? #DeVos

I voted NO on DeVos' nomination and am disappointed we fell short. We must fight to ensure our kids have access to a first-rate education.

Regardless of party affiliation, Betsy DeVos is a disaster for education, our kids, and their futures. She just flat out isn't qualified.

Many school districts and entire state systems need reform and improvement. #DeVos has NO idea how to do that and she won't do it well.

#DeVos was confirmed in a tie that had to be broken by the VP. Don't be disheartened. Your voices are being heard and we will keep fighting.