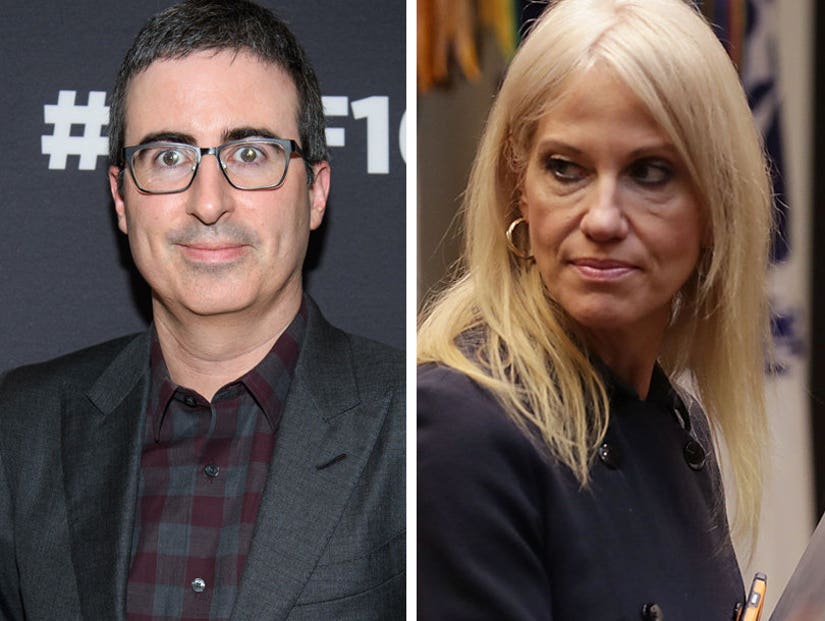 "I really don't see the point of talking to Kellyanne Conway because her language jujitsu is so strong," the "Last Week Tonight" host told Rolling Stone. "You know she can look you in the eyes and tell you the opposite of what you just saw happen, and she will be more confident in her answer than you are in your question."

Conway has made dozens, if not hundreds of cables news appearances since she started campaigning for Trump last year. Those appearances have resulted in disturbing distortions of reality, like her citing a non-existent terror attack she called "the Bowling Green massacre" to defend President Trump's executive order temporarily banning immigrants from seven Muslim-majority nations. Before that, she stunned "Meet the Press" viewers (and then the rest of the country) when describing White House Press Secretary Sean Spicer's false claims about the crowd size at Trump's inauguration as "alternative facts."

"It's just a framing device, an ear-catching phrase, but it's nothing new," he said. "The content of what she's wrapping a bow on is something that everyone has been bearing witness to. We've had 18 months of feelings over facts. The only thing that's remotely new about it is the location that it's coming from."

He is very worried about the role cable news networks play in shaping America's perception of facts, though.

"In general, it's very dangerous to keep the old campaign architecture around with this presidency, to have an eight-person panel on CNN debating whether or not he said something. 'Did he or did he not do this thing we watched him do?' There's actually serious harm in that discussion," Oliver said.