How on Earth Donald Trump didn't wake up Sunday morning and tweet about Melissa McCarthy's Sean Spicer impersonation on "Saturday Night Live" will forever be an unsolved mystery.

But insiders close to Trump did say he was none too pleased that Spicer was portrayed by a woman.

“More than being lampooned as a press secretary who makes up facts,” the source told Politico, “it was Spicer's portrayal by a woman that was most problematic in the president's eyes.”

Word travels fast on Twitter, and somehow the idea that Rosie O'Donnell would make a great Steven Bannon made its way to Trump's longtime nemesis herself.

Good news: Rosie is totally down. Bad news: It's not likely "SNL" will recruit her for the role already held by new cast member Mikey Day.

The report doesn't come as a huge shock considering some of the language Trump has used previously to address some women.

The insider also added that the "SNL" skit is "not considered helpful for Spicer's longevity in the grueling, high-profile job in which he has struggled to strike the right balance between representing an administration that considers the media the 'opposition party,' and developing a functional relationship with the press." 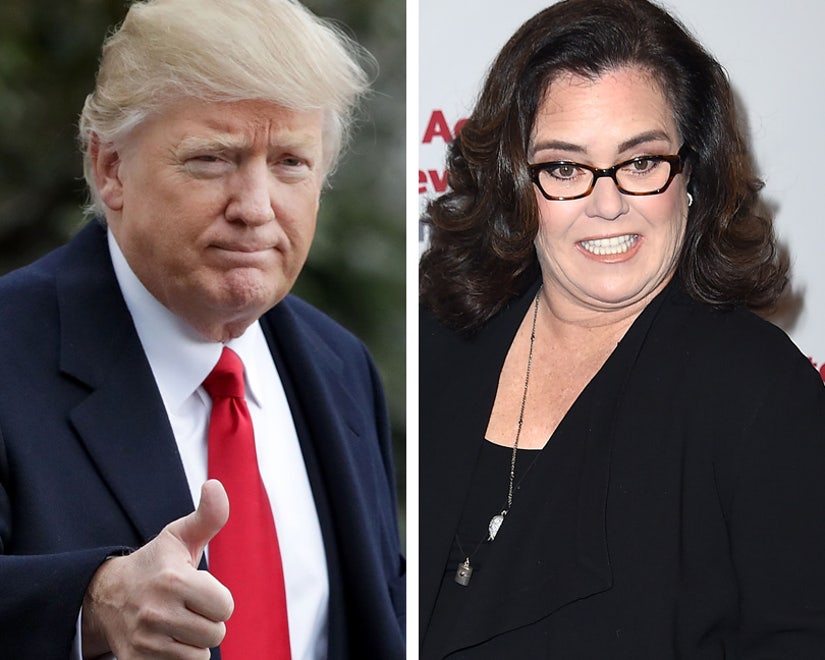 Spicer didn't totally hate the bit, though. He even told Extra he found the show “really funny,” adding that McCarthy “needs to slow down on the gum chewing; way too many pieces in there.”