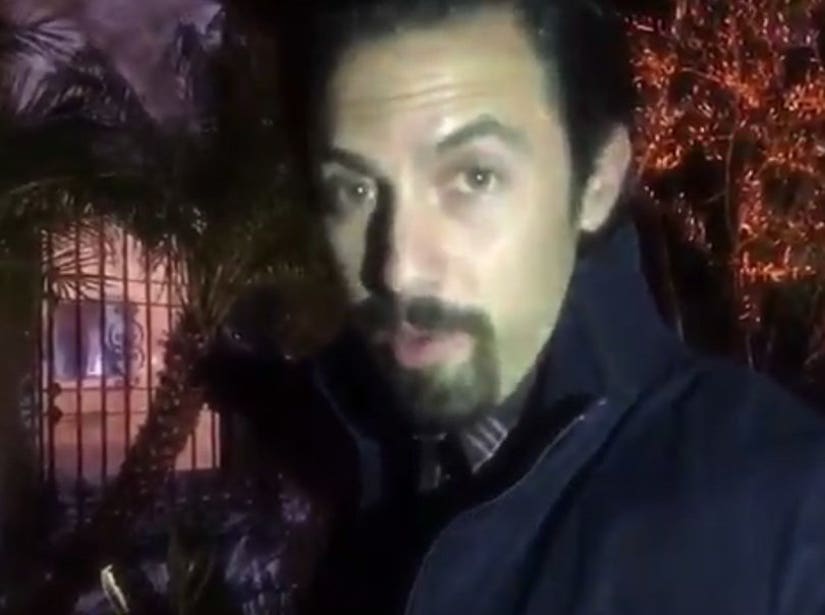 “This Is Us” star Milo Ventimiglia just made one man really happy (after likely scaring him to death).

The 39 year old actor was shooting for the NBC hit show, when he saw through the window of a neighboring house that “This Is Us” was on the TV.

“So, this family, if you can zoom in there, is actually watching our show, and we're filming next door,” Milo documented via a video he posted to Twitter. “We're gonna go…we're gonna go knock on their door.”

Milo then knocked on the glass door, and a reluctant man stood up from the couch to answer.

“Hi, sorry to bother you,” Milo said to the man, whose name is Fred. “We're filming next door, and we happened to notice what you're watching right now.”

See more: Milo Ventimiglia Recreates "This Is Us" Push-Up Scene With Ellen (Video)

It's obvious Fred was caught totally off guard, but he smiled and laughed throughout the whole exchange. He even snagged a selfie with Milo, then a group shot with the whole gang.