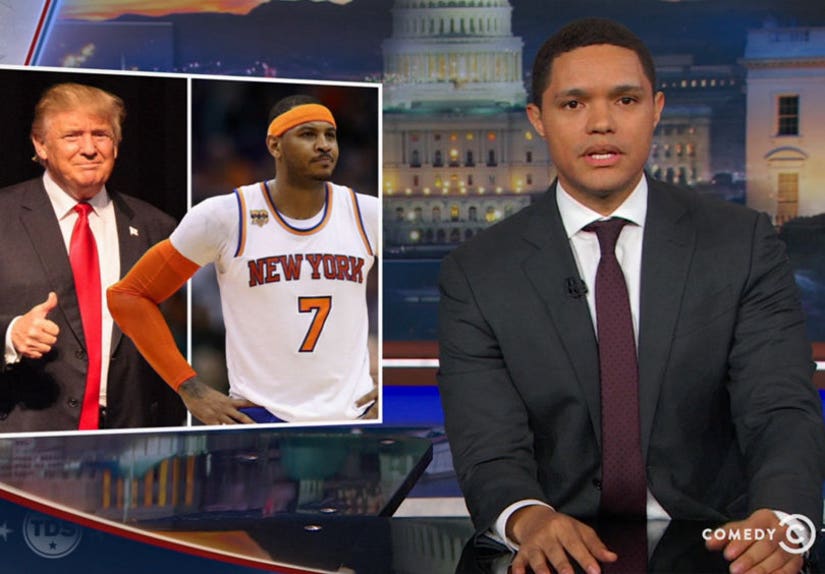 Trevor Noah made a few comparisons Monday night as he took a dive into White House waters once again.

In a game that Noah stated is a round-table hit at The Daily Show office, “Who's the Real President,” Noah made claims that Steve Bannon is in fact No. 1 on the list. Noah explained that it was Bannon who "told immigration to ban visa and green-card holders as well, which, aside from being legally dubious, is a dick move."

In a clip thereafter, Noah shared that Bannon put himself on the National Security Council, a move that was approved by Donald Trump without having been briefed about the executive order.

“How is this real life? This is insane. The president didn't know what was in the executive order.”

This of course led to a reveal of Bannon's cover of Time Magazine where Noah made a point of the ironic magazine headline saying, “What kind of shadowy manipulator goes on the cover of a magazine to announce that he's a shadowy manipulator?” Noah asked. “It's kind of like the Wizard of Oz posing on a cover with the headline, 'It's just some dude!'”

Later, Noah compared Donald Trump to the New York Knicks saying, “They're both from New York. They're both orange and both always find a way to lose on the court.”