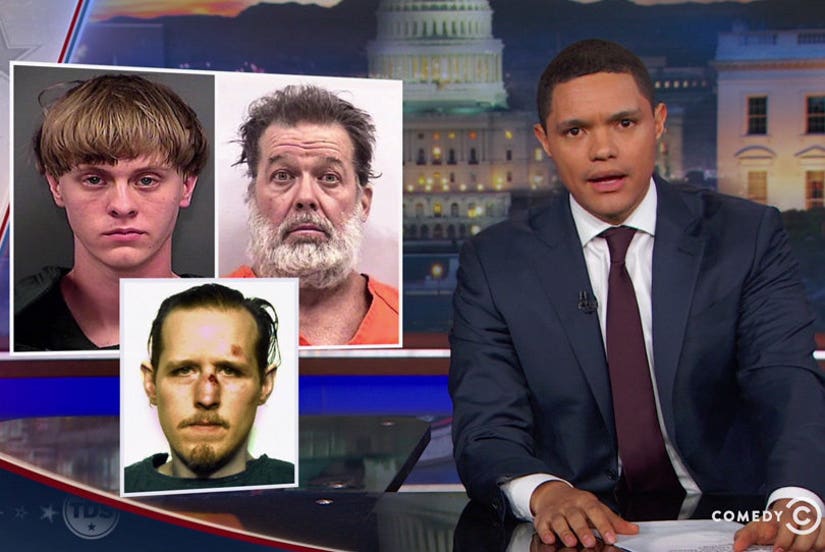 Trevor Noah took aim at Donald Trump Tuesday night for his list of under-reported terrorist attacks. Noah pointed out that aside from the attacks that he says weren't thoroughly covered, he forgot a few.

“If Trump wants to talk about terror attacks, let's start with the terror attacks he's ignored… because what stands out about this list is, like an Ashy Knees Anonymous meeting, there were no white people in it.”

Noah pointed that the White House's list failed to include Dylan Roof, Eric Frein or Robert Dear. Three notable white supremacists who attacked an all-black church, a planned parenthood, and a police barracks.

“It's not like the Trump people didn't see these attacks, they just don't like to talk about them, and the proof is in how they handled last week's Quebec terror attack when they initially thought there was a Moroccan Muslim shooter. “

Noah pointed out that the Trump Administration failed to acknowledge their mistake after it became clear that the shooter was in fact not a Moroccan, but actually white.

“So here we are, people, once again learning that when a Muslim person commits terror, it's part of a deadly conspiracy, but when white extremists commit acts of terror over and over again, well, that's part of a continuing series of isolated events.”

Watch the clip below: