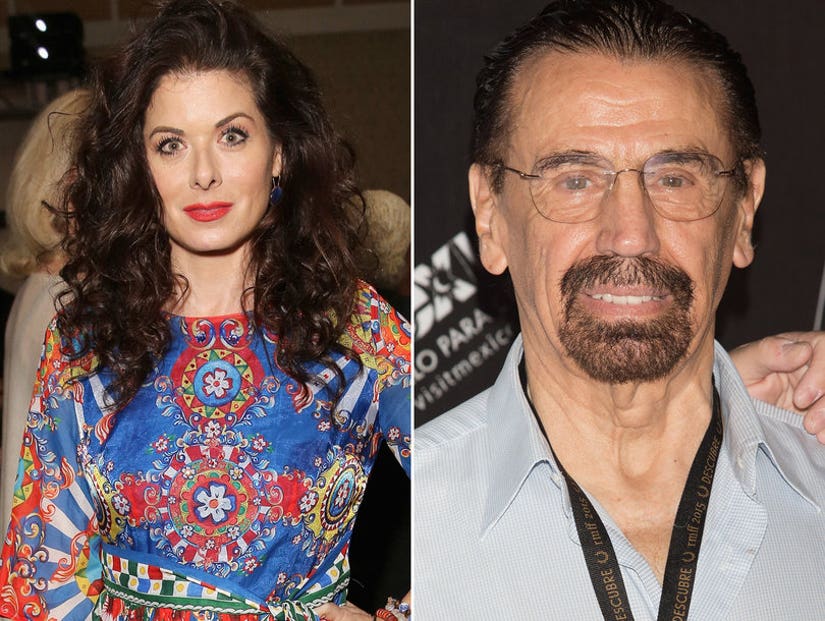 Debra Messing's "A Walk in the Clouds" director is firing back at her claims he treated her inappropriately on set of the 1995 film.

Alonso Arau's rep told TooFab that Messing's version of events, which she shared Monday at the MAKERS Conference in Rancho Palos Verdes, Calif., are "false" and reports from the media are "inaccurate."

Arau's team is taking issue with the media's use of the term "sexual harassment" to describe how Messing says she was treated, and argued applying the term delegitimizes the seriousness of the concept.

According to Messing, Arau insisted he needed to "set" a bed sheet over her naked body while framing a nude scene - one which Messing said wasn't initially part of the plan when she signed on.

“He lifts it, scans my naked body, then drops the sheet on top of me like a used Kleenex. He walks away without a word,” the actress said, and described the incident as a "power play."

See more: Debra Messing Reveals Harassment From 'Ass-Hat' Director: 'Your Job Is to Get Naked' (Video)

But according to Arau's rep, Messing was never nude during shooting of the scene in question, and the scene ended up being cut because a female Fox executive had an issue with it.

Messing's other complaint of her experience with Arau was criticism of her nose in the middle of filming a kissing scene with co-star Keanu Reeves. "How quickly can we get a plastic surgeon in here? Her nose is ruining my movie," Messing said, adding she felt "deep shame" for her Jewish heritage when Arau asked her to "hide her nose from the camera."

"I went into my trailer and cried," Messing said. "I felt ugly. I felt like garbage."

Arau's rep denied he said anything derogatory about her nose, explaining Messing was chosen over many other actresses who auditioned for the role because Arau thought she was talented and beautiful, so if he was unhappy with her nose, he wouldn't have chosen her.

Messing has not responded to TooFab's request for comment on Arau's version of the story.