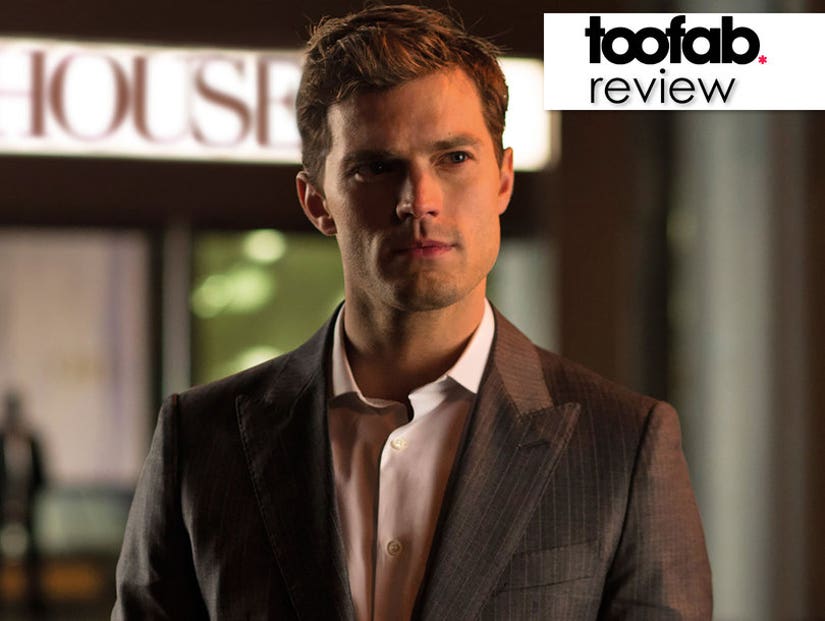 At one point in “Fifty Shades Darker,” Christian Grey (Jamie Dornan) and Anastasia Steele (Dakota Johnson) step into the back of a crowded elevator. There are several other couples in the elevator car, and yet, Christian is so insatiable — and shameless — that he decides to finger his girlfriend right out there in the open, bending down to feel up her leg and then reaching right up underneath her dress. He tells her not to orgasm, and she can barely stand up straight as she tries to fight off climax… again, in a crowded elevator.

And somehow, this is not even close to the most ridiculous part of the sequel to “Fifty Shades of Grey,” which hits theaters on Friday.

The movie picks up where the original left off: Anastasia, the innocent publishing assistant, has broke up with Christian, the billionaire industrialist who literally never seems to do any work. After a brief flashback that we later learn is a harrowing moment from Christian's horrible early childhood, we get a real heartbreaking scene, with Ana moping around her oversized apartment while “Nobody Said It Was Easy” by Coldplay sends the audience off on an emotional journey. She gets a bouquet of flowers from Christian, wishing her luck in her new job, and while she tries to toss them in the trash, she just can't bring herself to do it.

That sets the tone for this entire movie: Christian intrudes on Ana's life, and while she tries to take a stand, she ultimately just caves and lets him in (often literally, and physically). He's just too rich and handsome! (Charming, not so much, but the first two things make up for it.)

Over and over again, she gets pissed at Christian. He buys all the photos of her at her friend's art gallery show, which outrages her… But she quickly gets over that and agrees to date him again.

She finds out that Christian has her bank account information, demands an answer… but forgets about it over a nice brunch. 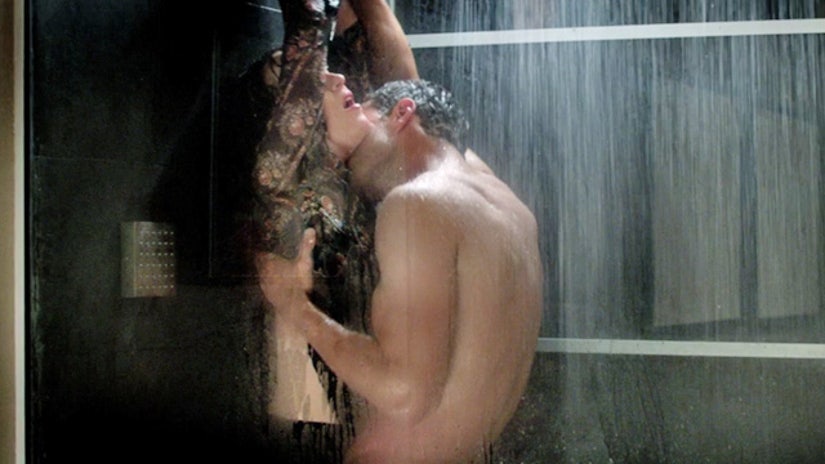 Ana storms out after he brings her to a salon to see the so-called Mrs. Robinson, the older woman who seduced and sexually corrupted him… and then they have makeup sex.

He tells her there's no way she can go to New York City with her boss, and she fights back for a moment until the urge to f-ck him is just too much.

Ana is worried and hurt by how he acts with Leila (Bella Heathcoate), one of his former submissives who has come back to take her revenge on his new lover… and then they have sex or something.

She even makes a point of telling him early on that the kinky sh-t needs to stop, and he promises that he'll pull back on the sadistic sex torture, and then she winds up begging for it.

No matter how hard she tries to stand up for herself, Ana is powerless; she literally thanks him for telling her some of his secrets, as if that was a generous thing for a man who is desperate to get a woman back to do. It's a pretty gross pattern, and wild to see three women — Leila and Mrs. Robinson — fight over him.

Then again, he's a special guy — at one point in the movie, his helicopter's engine dies, and he looks done-for, with black smoke pouring out of the chopper as it heads towards a crash in the mountains. Somehow — and we literally never find out how — he survives the ordeal with just a few scratches to his face. He just appears, like Superman, back in his apartment, a great relief to his gathered family and friends.

This is supposed to be the darker chapter, but Christian and Ana's love — if that's what you'd call it — is just too deep for that. They go to masked balls, he stuffs giant silver balls up her vagina, he buys her company and has her pervert boss fired… it's all the stuff that dreams are made of.

One of the biggest highlights: Kim Basinger's turn as the Mrs. Robinson character. She looks dead inside, like she's acting in a soap opera 20 years ago. Which is actually quite fitting, given the storyline; she is the only one putting in the appropriate performance for this material. Because its settings are relatively lavish, and it's shot so sumptuously, it looks like a real movie — but the material is just so outrageous, it's impossible for the production to hide the truth.

The audience at our screening just started to open laugh halfway through the movie, and just about never stopped. That's the appropriate way to watch "Fifty Shades Darker," appreciating the campiness and predictability, as well as the insanity and the shock at what is happening on screen. For a movie absolutely filled with sex, it's incredibly un-sexy, because they need to frame it just right to keep its R-rating, and because the dialogue leading up to the bedroom scenes is just too absurd. It's probably easy to get turned on if you're actually gonna get to sleep with Christian or Ana, but otherwise, the experience is mostly just a goofy, guilty pleasure.