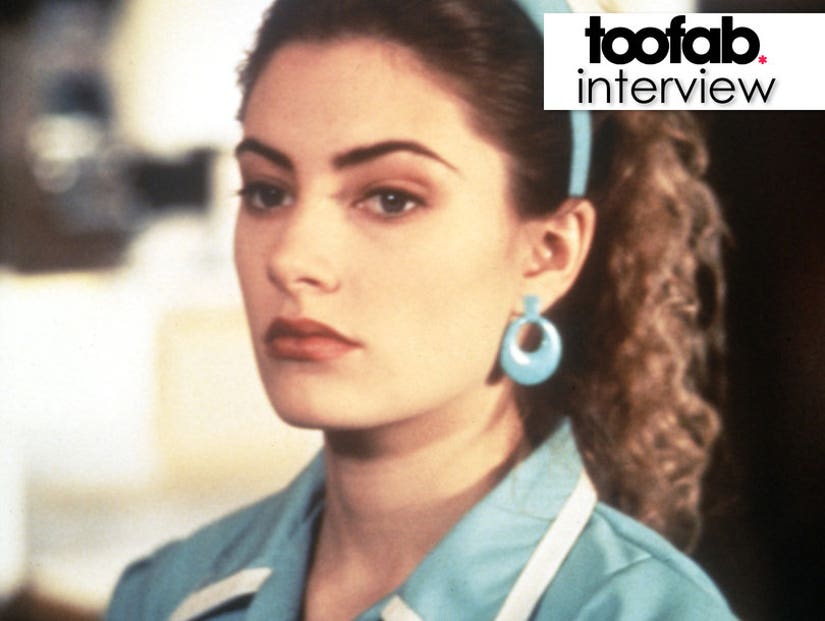 When we last saw Shelly Johnson (Mädchen Amick), she was considering marriage to Bobby Briggs *Dana Ashbrook), after having an affair with the high schooler during her marriage to the vile Leo (Eric DaRe). And now, two decades later, we may finally find out if the two ever walked down the aisle.

Amick and Ashbrook are both back for Showtime's revival of David Lynch's cult '90s series, debuting May 21, and the former told TooFab her character's fate all these years later was not what she expected.

"When we left the show 20 years ago, I remember thinking, huh I wonder what Shelly would do in the future and I wonder if she'll ever get out of the situation she's in and sort of dreamed that she could leave town and maybe try to move to Hollywood and try to be something big, just trying to figure out her individuality," Amick explained.

"Then when it was announced that it was coming back, I was just like, 'Wow, what has she done? Where has she been? What's been going on?' and I was excited to wait and get the scenes and try to figure out what David and Mark [Frost] felt had happened."

While everything about the upcoming season has been kept a complete mystery, Amick was forbidden from going to into specifics. "The only thing I can give you is I was surprised," she added.

When asked if there was one question she was sick of hearing from fans, Mädchen didn't hesitate.

"Yeah, there's a pretty big one that everyone always asks ... and it will be answered," she teased. She wouldn't spill more, but we're guessing it has something to do with the nuptial cliffhanger mentioned above.

We'll find out when "Twin Peaks" returns to Showtime on May 21. If you need your Mädchen fix before then, catch her on "Riverdale" Thursday nights on The CW.