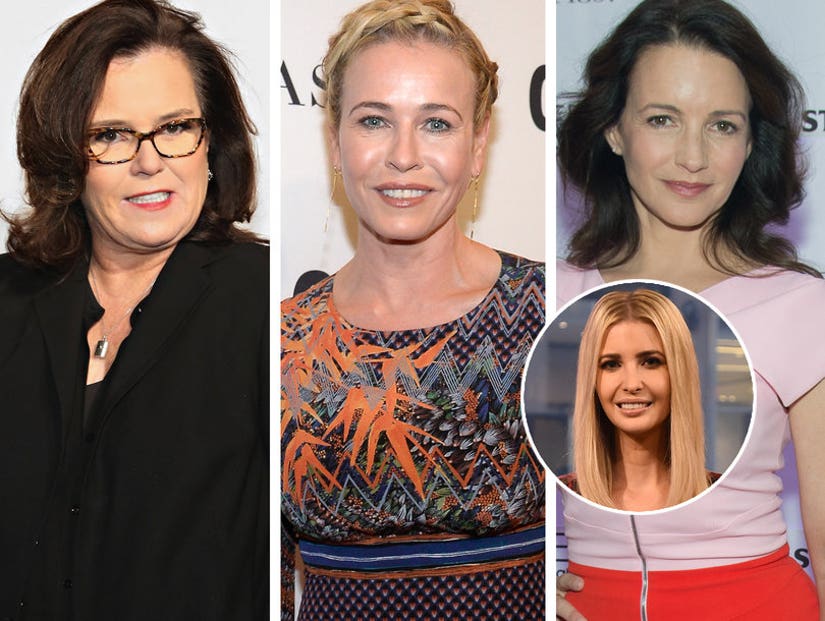 Just one day after Donald Trump bashed Nordstrom on Twitter for dropping Ivanka Trump's clothing line, celebrities are flooding the internet with shopping sprees at the department-store chain.

Chelsea Handler was first to troll Trump on Thursday when she Instagrammed a photo of herself, "a gay and a Muslim" holding tons of Nordstrom bags while posing in front of the White House. Now Hollywood stars are joining Handler by flocking to Nordstrom to shop.

Rosie O'Donnell, Judd Apatow, Kristin Davis, Aisha Tyler, Mia Farrow and Leslie Grossman are among celebrities as of time of this posting who have joined the fray.

Nordstrom stock had a record day after getting rid of Trump merchandise, the government should follow suit. Also, unfollow trump on twitter.

If only our so called President listened to her. I love @Nordstrom and will keep shopping there to make a point-- and I need slacks! https://t.co/RggdS9mMr3

Just dropped a giant pile of money with @Nordstrom. Happy to spend my money with you. Off to @starbucks now! #grabyourwallet

I've never plugged a store but Nordstrom is great

What's also interesting to note is that President Trump's tweet hurt Nordstrom's stock for about four minutes before sales shot up. According to MarketWatch stats, “by 11:01 a.m., the stock had turned positive on the day, and it trended higher thereafter.”

A Nordstrom rep told TooFab on Thursday that the decision to pull the plug on Ivanka's line was based solely on a formula the company uses to determine which brands it should buy each season – nothing political."We've got thousands of brands – more than 2,000 offered on the site alone,” the spokesperson said in a statement to TooFab. “Reviewing their merit and making edits is part of the regular rhythm of our business. Each year we cut about 10% and refresh our assortment with about the same amount. In this case, based on the brand's performance we've decided not to buy it for this season.”"Over the past year, the brand's performance has declined and [has] reached a point where our buying teams have decided not to move forward with buying additional product for now."Rosemary K. Young, Senior Director of Marketing at Ivanka Trump, defended the branding to TooFab:The Ivanka Trump brand continues to expand across categories and distribution with increased customer support, leading us to experience significant year-over-year revenue growth in 2016. We believe that the strength of a brand is measured not only by the profits it generates, but the integrity it maintains. The women behind the brand represent a diverse group of professionals and we are proud to say that the Ivanka Trump brand continues to embody the principles upon which it was founded. It is a company built to inspire women with solution-oriented offerings, created to celebrate and service the many aspects of their lives.