Katy Perry just dropped her new single "Chained to the Rhythm," along with a lyric video, a day after teasing fans with a snippet on Instagram.

The politically charged track criticizes American culture with lyrics like, "Come on, turn it up, keep it on repeat/ Stumbling around like a wasted zombie/ Yeah, we think we're free/ Living our lives through a lens/ Trapped in our white-picket fence/ Like ornaments/ So comfortable, we live in a bubble."

The song features Bob Marley's grandson Skip, and was penned by Perry, Sia and producer Max Martin. It arrives after a heated presidential election, which the outspoken Hillary Clinton supporter was very much involved in. A day after the inauguration of President Donald Trump, Perry attended the 2017 Women's March on America, which drew millions to the streets across the country to stand up for women's rights and protest the new administration.

The "Roar" singer will perform the new song live at the Grammys on Sunday night.

Watch the video (above). 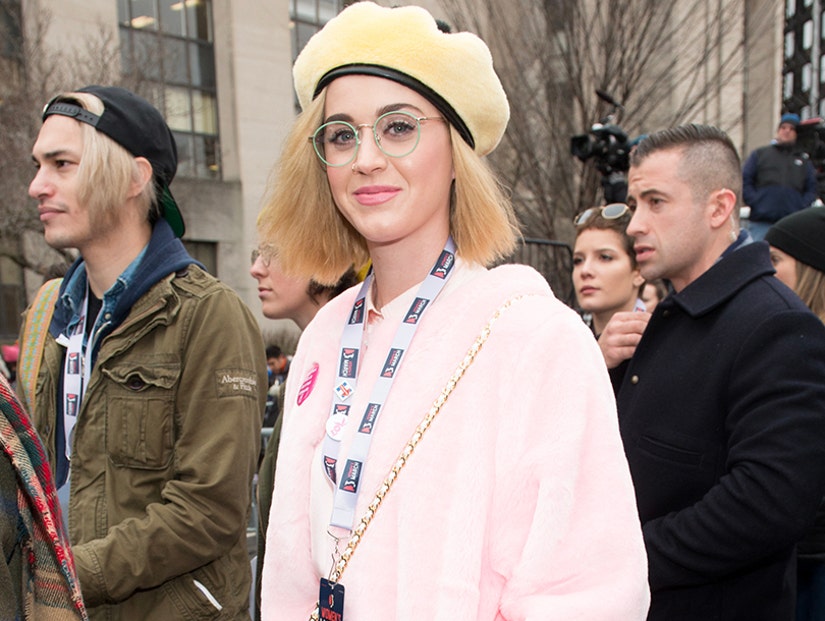