Lena Dunham was talking about way more than “Girls” on Friday's “Today” show, and the conversation made Maria Shriver squirm when the HBO star brought up the male anatomy.

“You saw a penis, right?” Lena asked Maria after the host said she had already watched three episodes of the new season.

“Yeah, uh, yeah, well, I saw way more than that,” Maria responded. “You caught me there for a second. I'm not sure if you're allowed to say that on television, but you did!”

“Goin' out with a bang,” Dunham said while flashing some peace signs and looking out toward the production staff, that was just as thrown as Shriver. 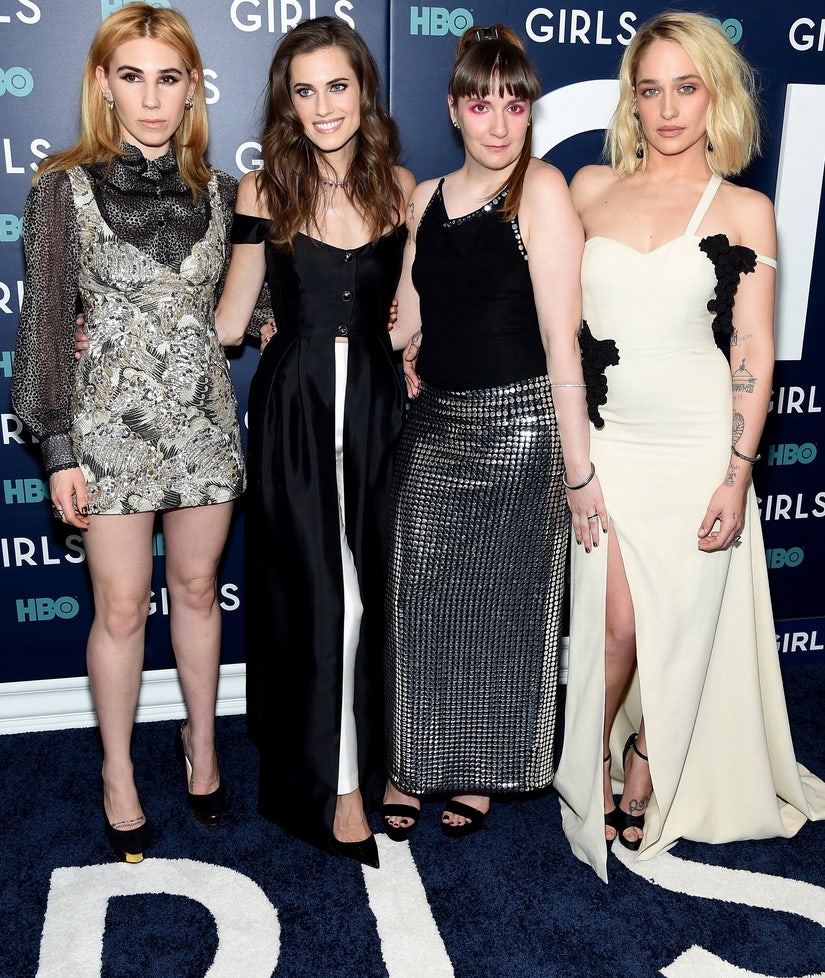 Lena ended up apologizing, but Shriver didn't miss the opportunity to take a teeny jab at the actress and her “generation.”

“It's OK, it's OK. That's the difference between generations,” Shriver said. “I wasn't brought up talking like that.”

But before things went, uh, south, the ladies chatted about the final season of “Girls,” which premieres this Sunday.

“I think that this year for us was really about trying to sort of counter the television notion that everybody has to have a happy ending,” Lena told Maria of the series she pitched to producers when she was only 23. “Doesn't mean they have to have a tragic ending – this isn't 'Breaking Bad' – but we did really want to show just how messy your 20s are and that growing up doesn't always mean growing into yourself – it just means shift and change and challenge. And so I think if you're a fan of the show, you'll find the ending anticlimactic in just the right way, and if you're not a fan of the show, you'll be just as annoyed as you've ever been.”

Dunham also spoke about how her female friendships have been the “most beautiful, complicated, painful" part of her life so far, and that the late Mary Tyler Moore helped shape her idea for “prickly characters on television.”

“I hope that the girls of 'Girls' make women feel like perfection isn't the goal and that we're allowed to contain as many multitudes as our male counterparts," Dunham said.

The sixth and final season of “Girls” premieres Feb. 12 on HBO.