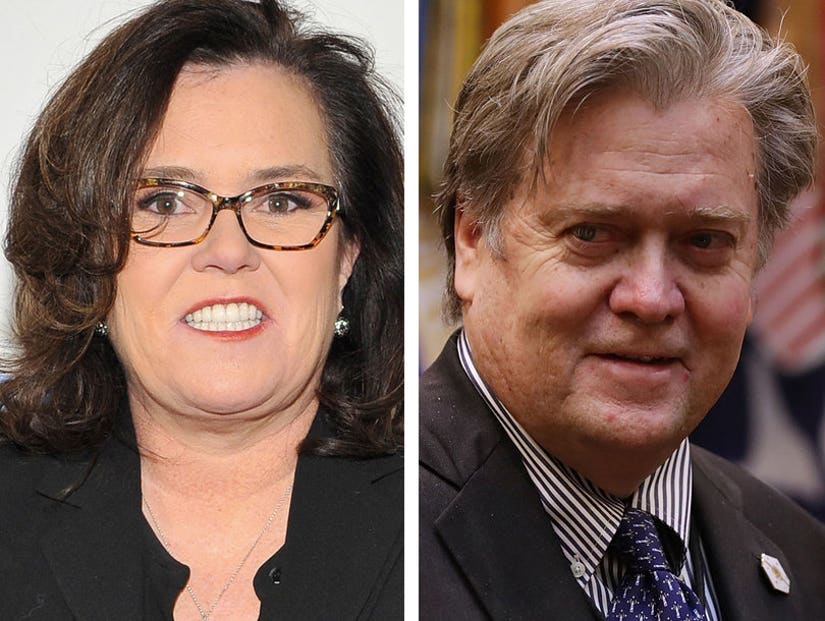 If "Saturday Night Live" needs any more proof that Rosie O'Donnell would make an excellent addition to the cast as Steve Bannon, producers should take a look at her new Twitter profile pic.

On Thursday, a fan presented Rosie (and the rest of the world) with quite the gift: A picture of Trump's senior adviser with Rosie's face superimposed on the image - and the resemblance is uncanny.

A @Rosie picture is worth a thousand words pic.twitter.com/alhZpPtf8N

Last week, Melissa McCarthy's Sean Spicer impression on "SNL" left an impression on the press secretary, and an even bigger one on Donald Trump.

Spicer told Extra he found the bit “really funny,” but a source close to Mr. Prez said he was not as amused.

“More than being lampooned as a press secretary who makes up facts,” the source told Politico, “it was Spicer's portrayal by a woman that was most problematic in the president's eyes.”

The idea that Rosie would make a killer Bannon came to the former "The View" host via Twitter as well, when a man by the name of “Calvin Enemy Philips” asked her to “take one for the team” and take on the role of Steve.

Rosie tweeted back that she was “here to serve.”

Trump and O'Donnell have been publicly feuding for over 10 years, so this potential parody would just add more fuel to the fire between the feisty pair.