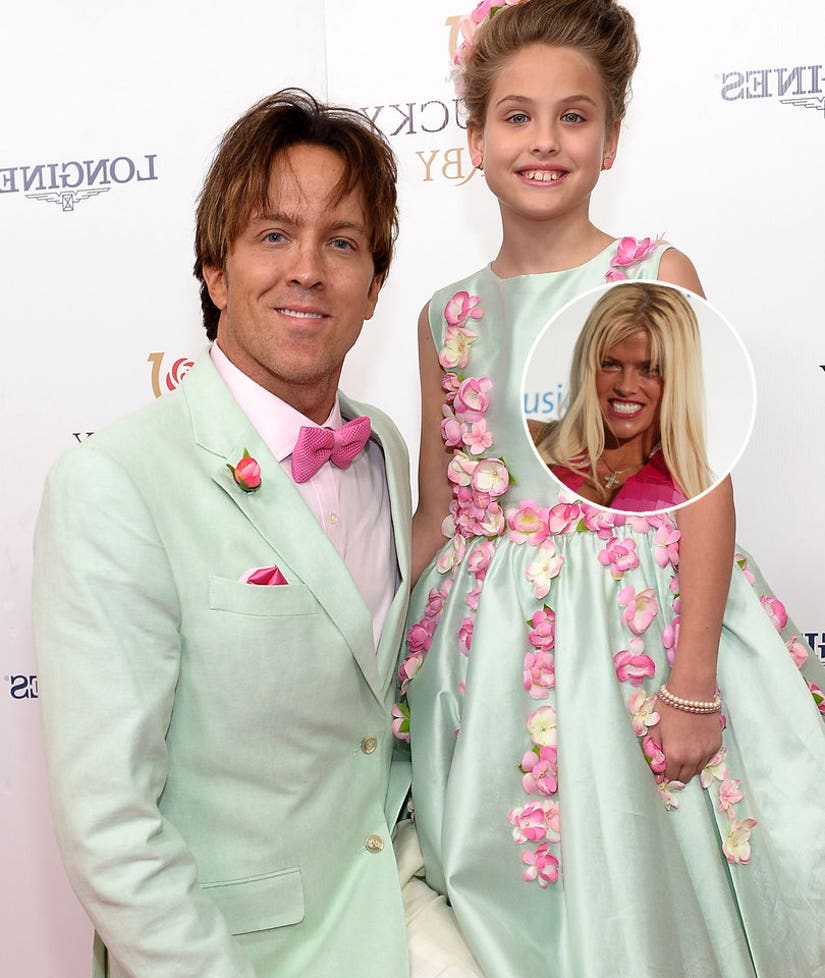 Larry Birkhead was reduced to tears in a new ABC interview over something his daughter, Dannielynn, wrote about late mother Anna Nicole Smith.

The father-daughter duo sat down with "20/20" in remembrance of Anna's death 10 years ago to update Smith's fans on their lives now.

Dannielynn comes across as a typical 10-year-old kid in the video, revealing her love of Snapchat, french fries and dreams to visit Washington D.C. "to see all the monuments."

Birkhead got extremely emotional while showing "20/20's" Deborah Roberts a message she wrote on a butterfly painting she made.

"Ever since my mother's death, a friend of hers said she would send me pretty butterflies," Roberts read. "So butterflies chase me everywhere and I let the butterfly come out of my pencil and fly on my paper with its wings of love."

During the interview, Birkhead said their daughter definitely has some of her mother's traits.

"I would say she is fearless like her mom. She'll get on any roller coaster you put in front of her. She can work me like her mom used to work people," he explained. "We could stand next to her and look like twins and the first thing they'll say is 'Anna Nicole, spitting image of the mother.'

Birkhead, who still works as a photographer and flips houses, also revealed something pretty shocking about his relationship with Howard K. Stern. Stern, Anna's attorney, was one of the men who challenged Larry's paternity of Dannielynn.

According to Larry, Stern has "been supportive" since the DNA results.

"He just said, 'Look, you've got to get strong. You've got to be there for Dannielynn,'" Birkhead explained. "The minute after the paternity test was over ... he's helping me change Dannielynn's diaper, [showing me], 'This is how you feed her,' … it's been nonstop since then."