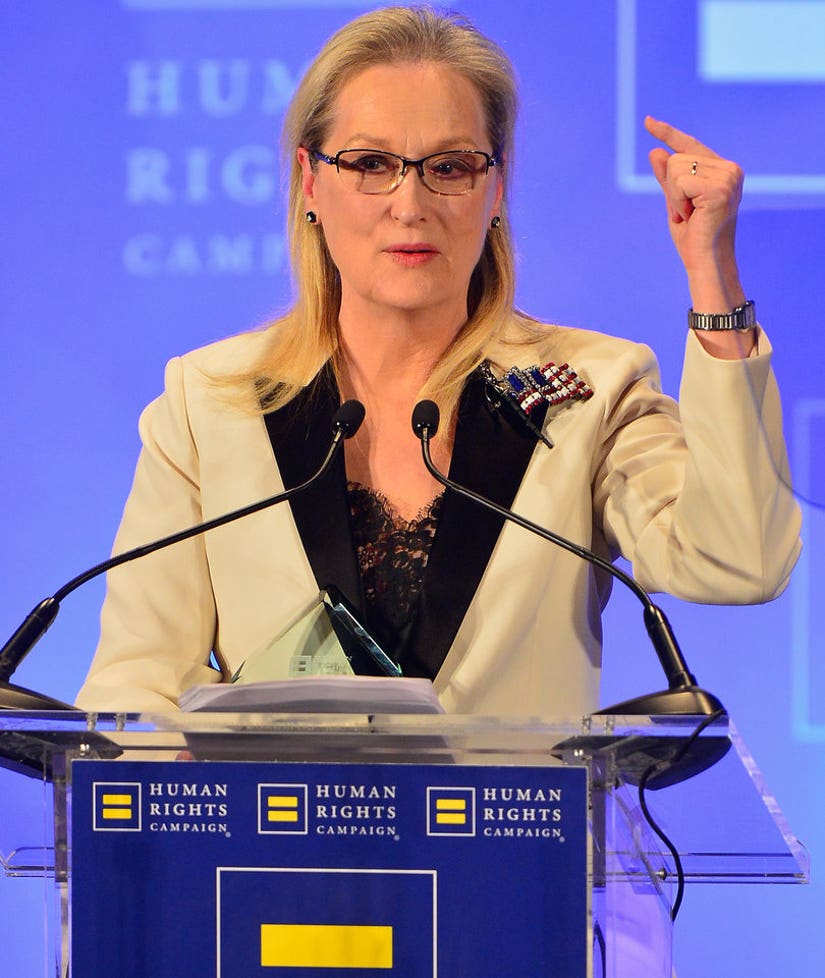 Meryl Streep took aim at President Donald Trump in a blistering speech on Saturday night while accepting an award from the Human Rights Campaign, vowing to stand up against him and his supporters.

"It's terrifying to put the target on your forehead, and it sets you up for all sorts of attacks and armies of brownshirts and bots and worse, and the only way you can do it is to feel you have to," Streep said, referring to her infamous Golden Globes speech. "You have to. You don't have an option. You have to."

The term "brownshirts" was originally used to refer to a military group who helped Adolf Hitler on his rise to power.

Calling Trump's criticism of the award-winning actress into question , Streep said: "I am the most overrated, overdecorated and currently over-berated actress who likes football of my generation."

Referring to Trump, she later said: "If his catastrophic instinct to retaliate doesn't lead us to nuclear winter, we will have much to thank this president for because he will have woken us up to how fragile freedom really is."

Aiming directly at his social media presence, Streep said, "The whip of the executive can through a Twitter feed lash and intimidate, punish and humiliate, delegitimize the press and imagined enemies with spasmodic irregularity and easily provoked predictability."

During the event, Streep was presented the award for National Ally for Equality Award, given by the Human Rights Campaign advocacy group. The group is instrumental in championing the rights and equalities for the LGBTQ community.

Watch the video (below) for Streep's full speech.