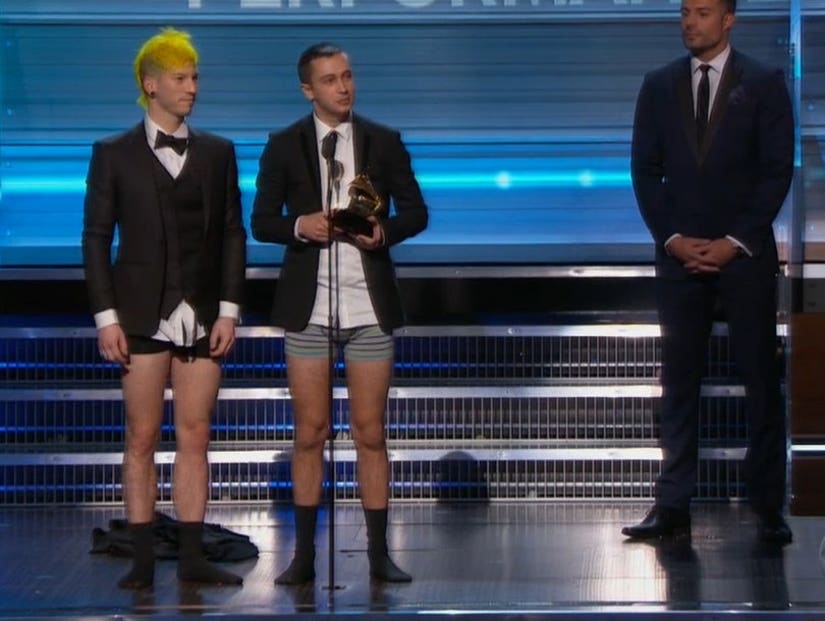 And the award for best pop duo/group performance goes to…. Twenty One Pilots!

After Nick Jonas announced the band's win, the members quickly got up and dropped their trousers to walk to the stage and accept their award.

“This story starts in Columbus, Ohio and it was a few years ago,” band member Tyler Joseph said. “I called him up and said, 'Hey Josh, want to come over to my rental house and watch the Grammys? As we were watching we noticed that every single one of us was in our underwear. Josh turned to me and he said if we ever go to the Grammys, if we ever win a Grammy, we should receive it just like this.”

The band got sentimental and encouraged young creative artists to work towards their dreams because you never know what could happen.

“I want everyone who's watching at home to know that you could be next. Anyone from anywhere can do anything and this is that.”

Host James Corden then appeared on the stage in his underwear to move the show along.