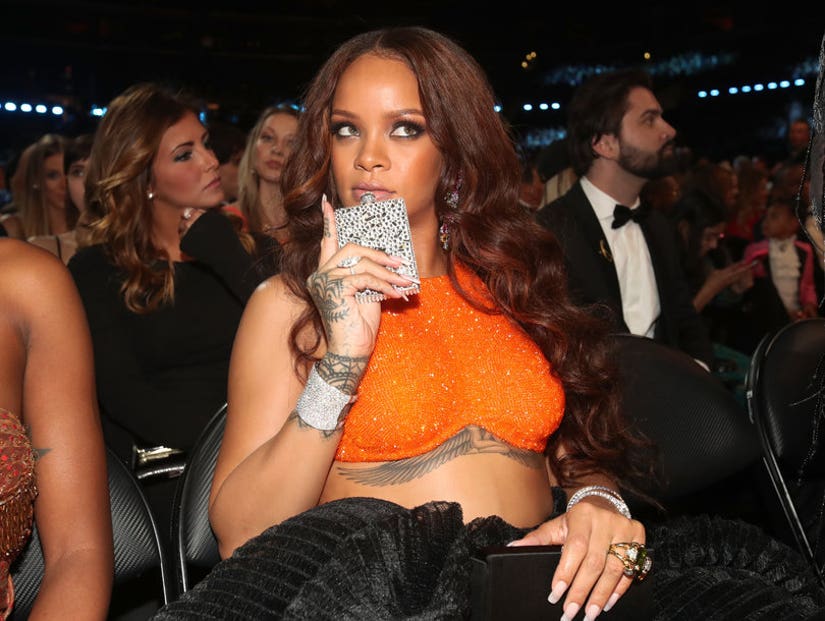 While music legends like Beyonce, Adele and Chance the Rapper were making history at the Grammys, the internet was doing what it does best: reducing the whole event to snarky Twitter memes.

And they had plenty of material to work with, thanks to the wide variety of weird red carpet outfits and politically charged performances this year.

The clear favorite was Beyonce, whose "mother goddess" performance graduated her from Queen to Diety as far as her online fans were concerned.

I always knew god was a woman 😭 #grammys2017 #Beyoncé pic.twitter.com/vBWhOTx5zj

Meanwhile, "Black Twitter" was pulling all kinds of receipts over "Lemonade" not winning Album of the Year.

When you realize that Prince, Beyonce, Mariah Carey and Kanye West have never won an album of the year Grammy but Taylor Swift has 2. pic.twitter.com/pt7kgR4LTy

Rihanna definitely held her own, though, first by laughing at Bruno Mars when he started "talking to the ladies"...

Rihanna laughing at Bruno Mars is the best thing ever #GRAMMYs pic.twitter.com/XdrYY7QBW9

... and then by drinking from a diamond-studded hip flask because she doesn't give a f--k.

Rihanna brought a flask into the #GRAMMYs 😂💀 pic.twitter.com/2Vdf5bhrPN

CeeLo Green's gold-plated alter ego Gnarly Davidson got even more hilarious when someone had the brilliant idea to Photoshop him into President Trump's apartment.

I edited Ceelo Green into the background of pics of Trump in his apartment and holy shit 😂😂😂 pic.twitter.com/VurY7DMJ1w

And the internet can't wait to hear what Trump has to say about Busta Rhymes and his "President Agent Orange" remark.

Katy Perry's remark on the red carpet that she "hasn't shaved her head yet" sparked the ire of Britney Spears fans, who hosted a #KatyPerryIsOverParty in her honor (much to the delight of Taylor Swift fans).

People were also eager for drama when Faith Hill and Carrie Underwood arrived on the red carpet wearing "who wore it best" matching outfits...

Mike Posner or The Joker

Who wore it better? #GRAMMYs pic.twitter.com/VW5XGAPaUc

Meanwhile, Jay Z seemed overly relieved to have another young rapper to associate with besides Kanye.

Jay Z holding on to Chance like he found himself a new Kanye West pic.twitter.com/FgVXlG5TaV