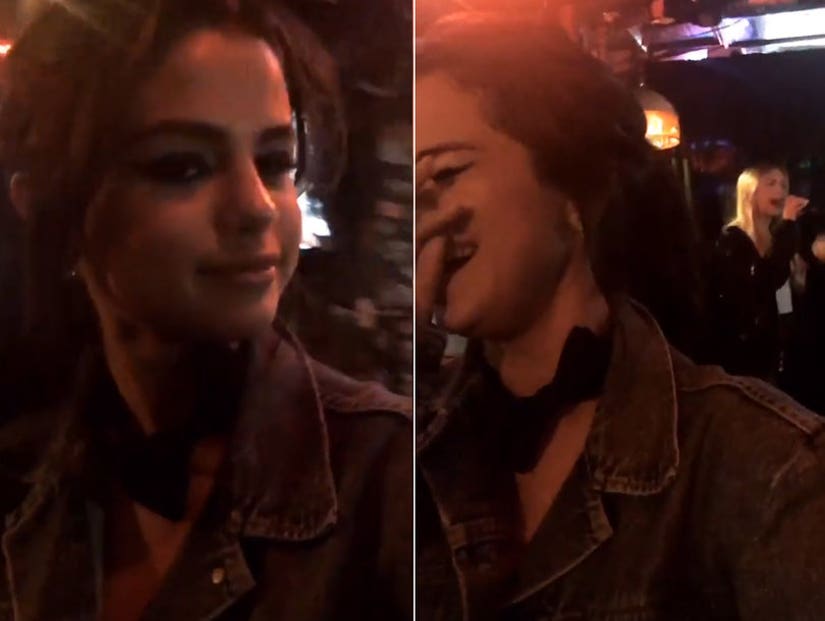 Who needs the Grammy Awards?

Selena Gomez was MIA at music's biggest night on Sunday, despite boyfriend The Weeknd's performance during the ceremony with Daft Punk. Though many of her fans hoped she would support her beau at the show, insiders close to the singer told TooFab she never had any plans of attending.

TooFab has learned that Gomez didn't hire a stylist or look for a dress and never booked anyone for hair or makeup. While The Weeknd's people told the Grammys he may be coming with a +1, Selena didn't change her mind.

It's worth mentioning neither of them were nominated this year. Gomez's "Revival" was completely snubbed, and The Weeknd's album "Starboy" missed the cutoff date.

So, how'd she spend the night instead?

Gomez hit up Barney's Beanery in West Hollywood with a trio of her girlfriends, before a group of sharply dressed friends -- likely coming from the Grammys -- joined them for karaoke. She chronicled the night on her Insagram stories (screen grabs above).

She met up with her man later that evening, as they were photographed outside a Grammy party at 1 OAK on the Sunset Strip.