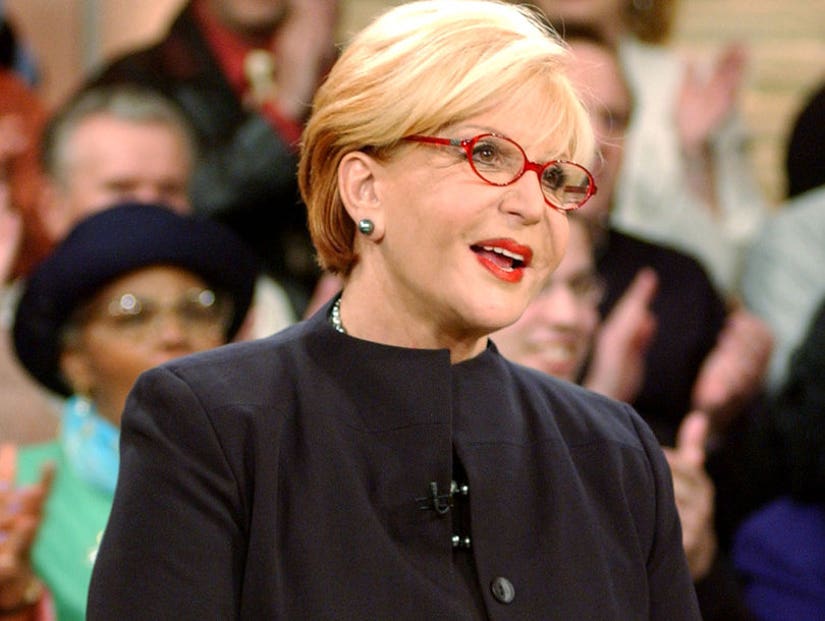 First lady of daytime talk Sally Jessy Raphael spilled the beans to Matt Lauer about the one thing people are most curious about: Her trademark red glasses.

“They were offering me a pap smear, an eye test and red glasses and I said, 'I'll take the red glasses.'”

For anyone who was an avid viewer of daytime talk shows back in the day, Sally Jessy Raphael is one of the genre's trailblazers with her NBC series running from 1983-2002. From breaking incredible stories that nobody else was telling to top celebrity interviews, as well as controversial conversations with some out-there personalities, Raphael spoke to an audience that admired her interview style, her compelling topics, and more specially, her signature red glasses.

After being sought out for a talk show by a radio friend of hers, Sally said the stations told said, “We love her, but lose the red glasses.”

“My husband went out and bought three of the ugliest glasses you could imagine, she said.” “I put them on, one, two, three, the boss said 'RED!' Much better.”

In the clip from Today's "Where Are They Now? Talk Show Titans" series, Raphael shared new details about her interview style, as well as becoming a household name.

On her favorite aspect of the show: “When you're doing good. When you go home with a feeling at night that 'gee, I accomplished something and I hope people understand that.'”

Raphael also said the best question she's ever asked, and if she could come back to daytime talk now to host a show,

“Oh I know I could. Could anyone else?”