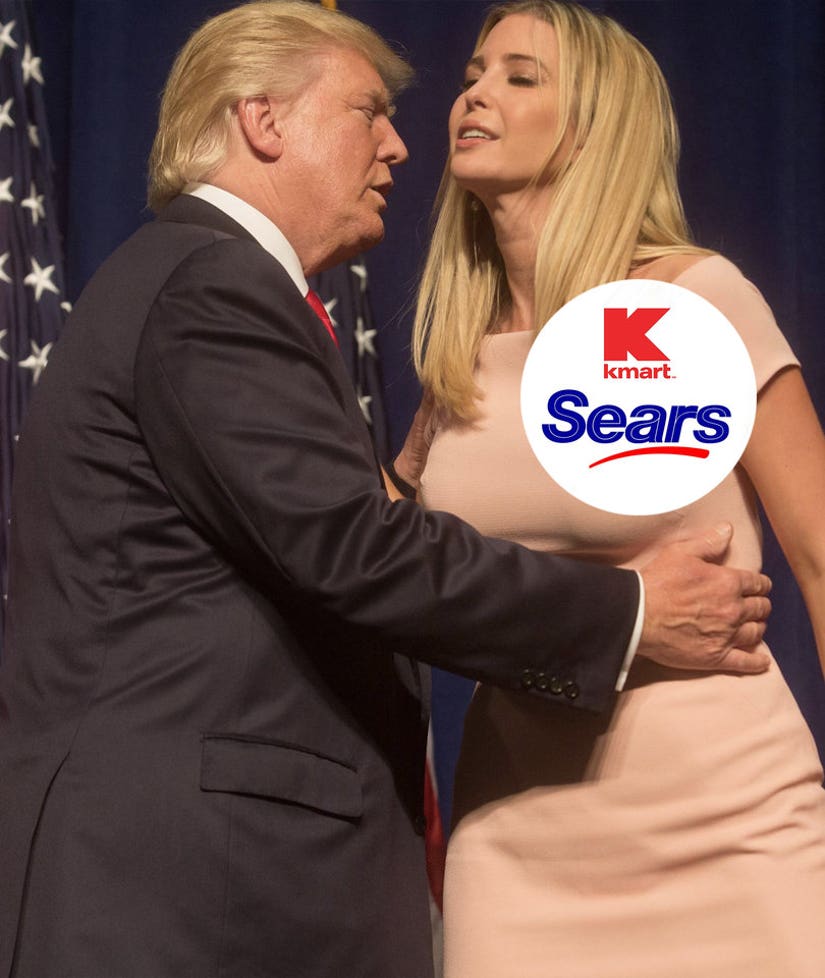 Sears and Kmart have joined Nordstrom and Neiman Marcus on the "We're Dropping Trump" bandwagon.

Sears Holdings has announced that they will be dumping over 30 Trump brands from their websites.

"As part of the company's initiative to optimize its online product assortment, we constantly refine that assortment to focus on our most profitable items," a spokesman Sears Holdings told ABC News in a statement Saturday. "Amid that streamlining effort, 31 Trump Home items were among the items removed online this week. Products from the line are still offered online via third-party Marketplace vendors. Neither Sears nor Kmart carries the line in brick-and-mortar stores."

Other retailers who have dropped their Trump lines include home decor site Bellacor, Belk, Jet.com and ShopStyle.

Additionally TJX Companies, holders of properties like TJ Maxx and Marshall's, have mixed the Ivanka Trump fashion line into its racks, removing them from prolific displays.

Trump has spoken out against the retail giants and has said: "My daughter Ivanka has been treated so unfairly by @Nordstrom. She is a great person -- always pushing me to do the right thing! Terrible!"